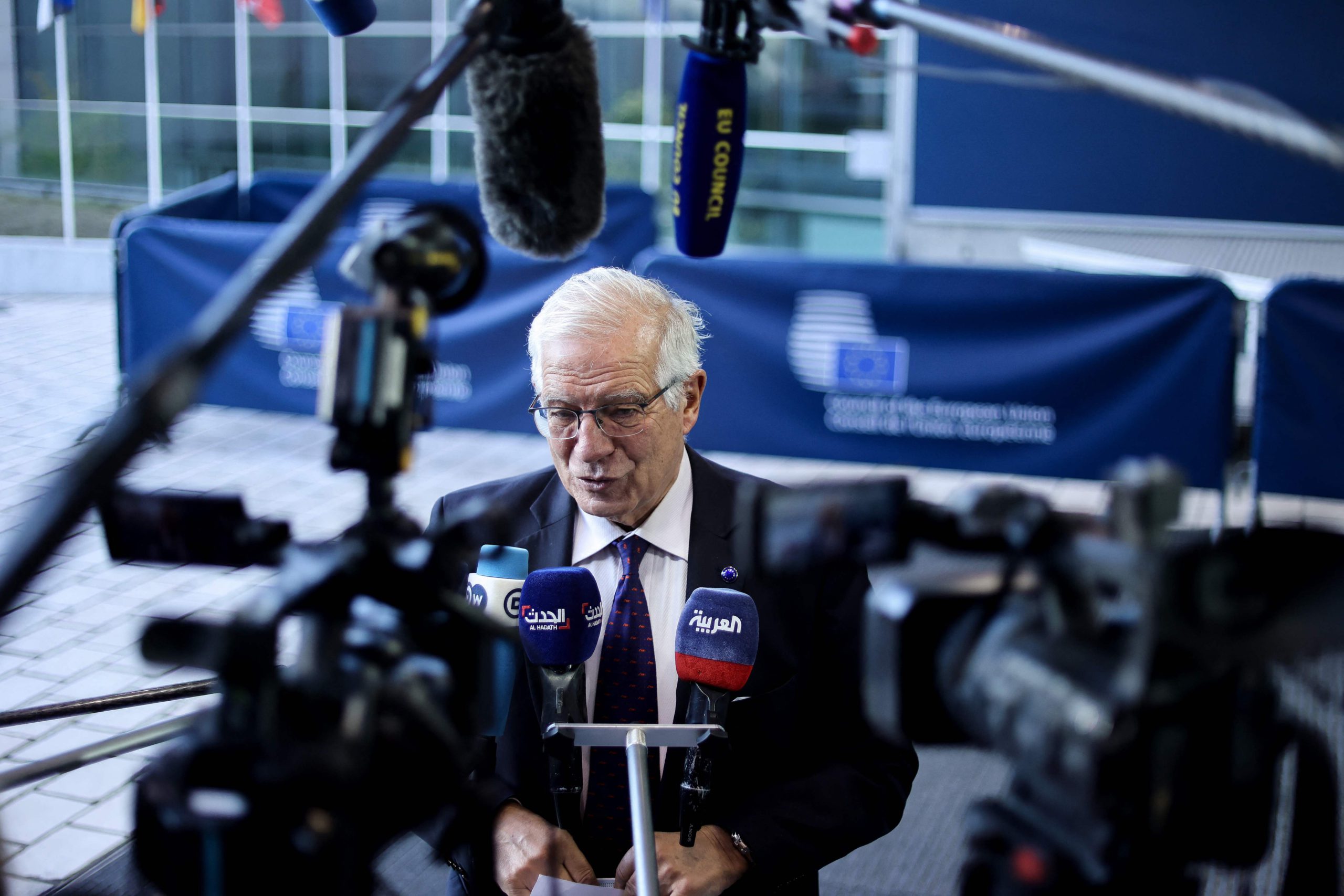 The European Union will redouble its efforts to try to curb the flow of migrants organized by Belarus from third countries to the European borders in Poland, Lithuania or Latvia. Among the measures studied this Monday during a meeting of the EU Foreign Ministers is the possibility of sanctioning the Belarusian flag carrier (Belavia), diplomatic persuasion on the countries of origin and transit of migrants and pressure on the European companies with which some of the planes used in such an unusual airlift are contracted.

“We are ready to sanction Belavia and try to convince other companies not to participate in this human trafficking,” said the High Representative for Foreign Policy, Josep Borrell, at the end of the ministers’ meeting. Borrell has assured that “there is a long list of countries” from which the Alexandr Lukashenko regime is transporting migrants.

Borrell has accused Lukashenko of bringing these people to Minsk to later transfer them to the border with the EU, “where they are left in a very difficult situation.” The head of European diplomacy assures that the Belarusian government “deceives these people into thinking that from Belarus they will have a free way to enter Europe,” lamented the head of European diplomacy.

The Lukashenko regime has been resorting to human trafficking for months in retaliation for the sanctions imposed by the EU following its electoral upheaval in 2020 and its hijacking of a European commercial flight to detain a dissident. Minsk launched the first hybrid aggression against Lithuania, transferring hundreds of migrants to the border with that country as of last June. In July, irregular arrivals to the EU through the Lithuanian border with Belarus set an all-time high for that step with 4,170 entries. Most of the migrants, according to the European border agency, came from Iraq, Afghanistan and Syria.

Shortly afterwards, the migratory pressure orchestrated by Belarus spread to Latvia and, above all, to Poland, where this year there have already been more than 1,380 irregular entries and dozens of people are stranded on no man’s land in such dire humanitarian conditions that there have already been several deaths. Warsaw has also decided to erect a wall and has approved a rule to expel irregularly arrived people without checking whether they have the right to seek asylum.

Borrell was able to largely stem the Iraqi flow in September during an official visit to Baghdad in which he persuaded authorities to cancel the flights. “At the beginning they told us that it was impossible to do anything because everything was correct, the authorizations, the tickets, the visas, but finally they realized the problem and banned the flights,” Borrell recalled this Monday. “But there is a long list of countries from which they are arriving,” he acknowledged.