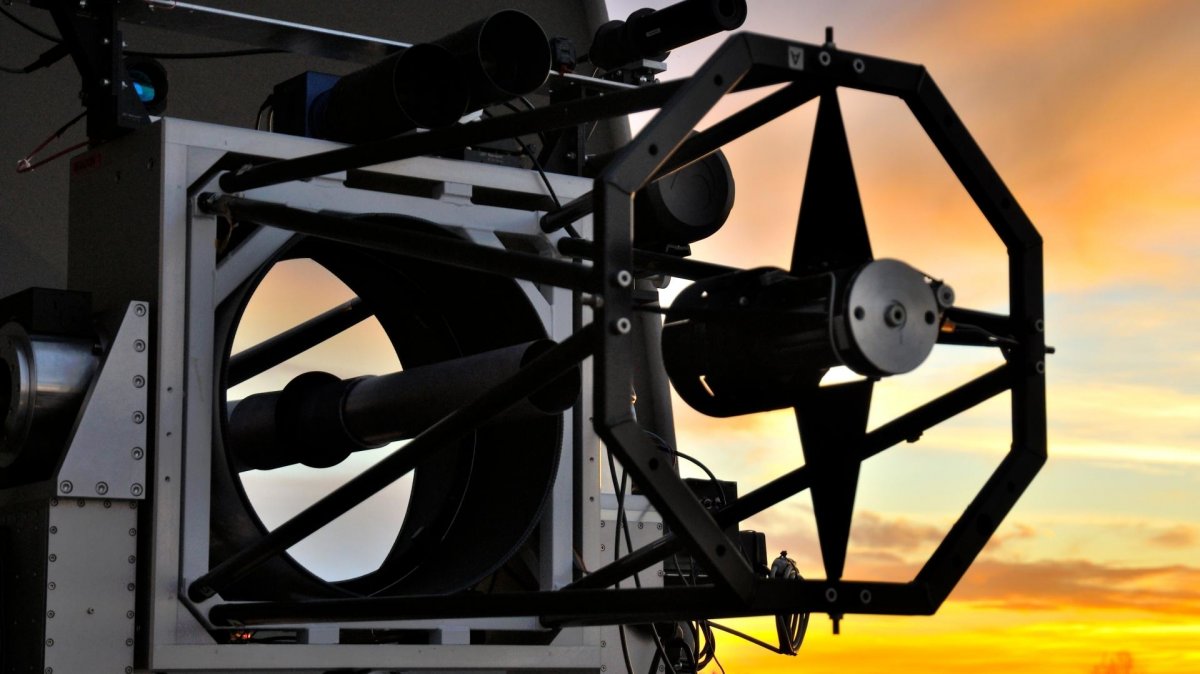 A technical premiere began on Tuesday around 10:15 a.m. in Bonn. At this point in time, Federal Research Minister Anja Karliczek started the first quantum-secured video conference by pressing the red button. It took place over an approximately 300-meter-long test route between the headquarters of the Federal Ministry of Education and Research (BMBF) on the Rhine and the Federal Office for Information Security (BSI). The premiere was actually planned for 2020, but was postponed due to Corona.

Karliczek was enthusiastic about the “very, very good connection”. You feel: “Something is different.” She was “totally proud”, emphasized the CDU politician. She also admitted: “I don’t really understand how it all works.” For the technology, she had Martin Schell, head of the Heinrich Hertz Institute belonging to the Fraunhofer-Gesellschaft, at her side, who explained the basics using the QuNET research initiative, which the BMBF is funding with a total of 125 million euros until 2026.

The demonstration as part of the project was primarily about the transmission of secret keys that are transmitted with light quanta. The actual video connection is then conventionally secured with this secret key.

In Bonn, the technicians set up three different channels for key transmission for demonstration and research purposes, a fiber optic line and two free-beam radio corridors, one of which is a point-to-point connection between periscopes. However, Schell emphasized: “In the future, one procedure will be sufficient.”

For the physically secure exchange of quantum keys, the researchers, who already gave insights into the technology for the Bonn experiment in December, rely on the handling of photonic quantum states. By measuring the quantum states of individual photons, the connection partners can exchange quantum-secure keys and thus establish communication that is absolutely secure against eavesdropping.

Physical laws are used here, the encryption process is “not software-based,” explained Schell. A key is created “that only the sender and recipient know”. If a third party accesses it from outside, it will be “destroyed and discarded”. In contrast to classic public key infrastructure, for example, eavesdropping attacks could be detected immediately. Overall, the aim is to combine quantum physics, photonics and mathematics and then bring the process to market in a practice-oriented manner with network and infrastructure providers as well as industry.

Technically, none of this is terribly new – a working group led by quantum physicist Anton Zeilinger demonstrated the in Vienna as early as 2004 world’s first quantum cryptographically secured bank transfer. Because, apart from a few individual cases, potential customers were rather skeptical, the technology – at least in Europe – got stuck in the laboratories for a long time. China, on the other hand, is intensively promoting the expansion of quantum networks and has currently built the largest fiber optic quantum network in the world.

However, in order to be able to use quantum cryptography on a large scale in this country, it must first be better integrated into the existing IT infrastructure. In the future, the technology must at least “fit into one or two shoe boxes,” says Schell. The expert assumes that it will be possible “to make something product-capable in three to five years.” First, the cores would be connected in the form of network nodes, Then the approach grows outwards. Initially, the technology is likely to be used for backups between data centers.

Previous prototypes for quantum encryption, which as a rule did not come from Germany, were “often not yet robust enough,” confirmed the spokesman for the German Industry Association for Quantum Security (DIVQSec), Christoph Glingener, who was connected to the BSI. in order to operate them “. He is therefore also thinking of local products with post-quantum cryptography, which can be distributed” standardized, certified and approved. “These must be safeguarded via the national value chain.

According to BSI Vice President Gerhard Schabhüser, the authority is already working on a methodology and infrastructure to make relevant devices suitable for use. The big sticking point with encryption are often weak points in the implementation, so that the BSI also has to make these verifiable.

Karliczek spoke of a real technical revolution in communication with which Germany, together with manufacturers and providers, could “establish itself as the most trustworthy data room in the world”. At the same time, they want to “build the first powerful quantum computer”. Such a system could “overcome common encryption methods in one fell swoop”. It is therefore important to promote interceptable alternatives “with high pressure”. This also included basics such as quantum repeaters to increase the range.

According to the minister, small satellites must be developed for long distances, which is why QuNET is also the German contribution to the relevant European project EuroQCI can be seen. The BMBF is also promoting the development of quantum tokens for the secure authentication of users.

As part of the QuNET initiative launched two years ago, the Fraunhofer Society, the Max Planck Society and the German Aerospace Center (DLR) are working on the basis for a pilot network for quantum communication. The federal government regards this field with its extended research framework program for IT security as a “key technology for security against eavesdropping”. Only this will make it possible in future to “maintain the confidentiality of sensitive information by using basic physical effects”.