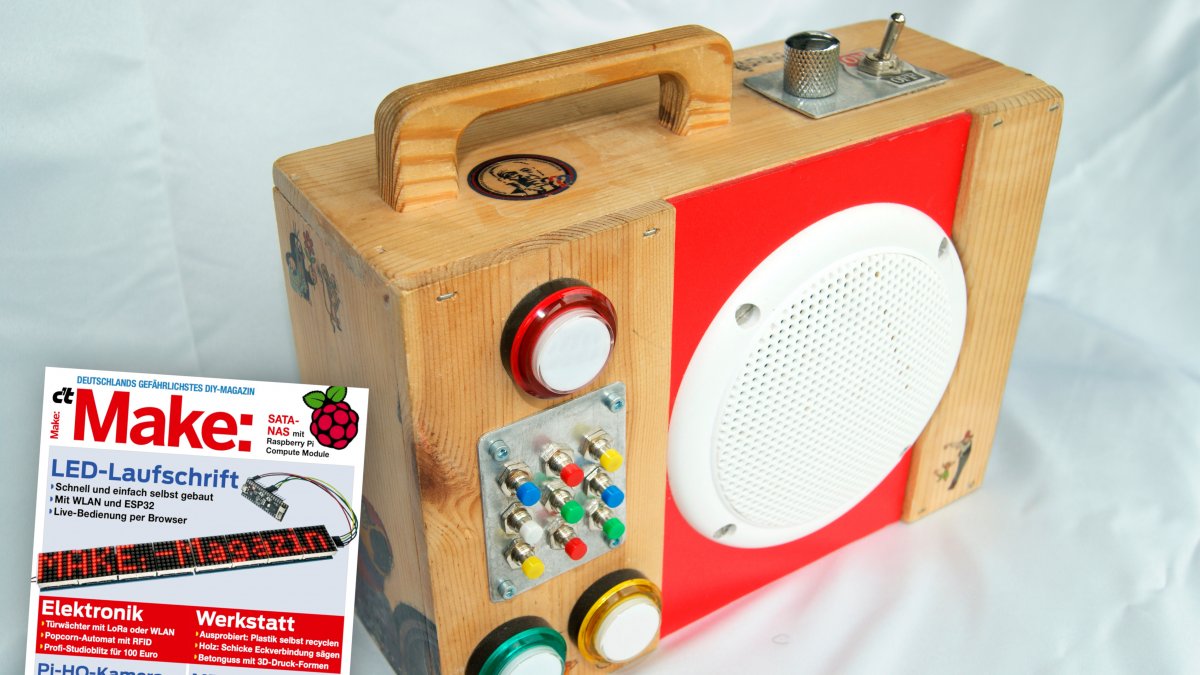 Tired of reading aloud on the edge of the bed? Our simple MP3 player can be operated by everyone thanks to the large, colorful buttons, the little ones as well as grandma and grandpa. Even with the replica of our “Carl”, the youngsters can help a lot thanks to the prefabricated modules.

The project from the Make 4/21 essentially consists of three parts: electronics, firmware (i.e. the program that Carl controls) and housing. Carl is controlled using large and small buttons. The small buttons are used to select a playlist. The playback is controlled via the large buttons. All songs are stored in MP3 format on a micro SD card hidden in the device. A built-in USB power bank, which is charged via USB, serves as the power supply. Especially when designing the housing you can involve the children and get creative – and the detailed assembly instructions in the booklet leave no question unanswered.

Also in the make: astrophotography

Astrophotography with Pi and HQ camera: Thanks to the C-mount thread, many CCTV lenses can be mounted on the new HQ camera for the Raspberry Pi. Particularly exciting, however, is the use of old 35mm lenses, which are often slumbering in the drawer due to system changes: An old 50mm fixed focal length can be converted into a super telephoto with an adapter. Thanks to the HQ-Cam, you can even get into astrophotography with a manageable budget and free software.

There is more on the subject in issue 4/21 of Make.

Quickly to the kiosk before Make 5/21 appears

Issue 4/21 of Make is available online and at the kiosk. With one of our subscriptions the notebook was already in the mailbox. You can also use the make conveniently as a Order the print version or PDF in the Heise Shop. If you’d rather read Make digitally, you can in our apps for iOS and Android. You can also find the table of contents for Make 4/21 online.