Home
Entertainment
C-Kan, who killed his brother in Guadalajara: everything that is known about the crime after a soccer game

C-Kan, who killed his brother in Guadalajara: everything that is known about the crime after a soccer game 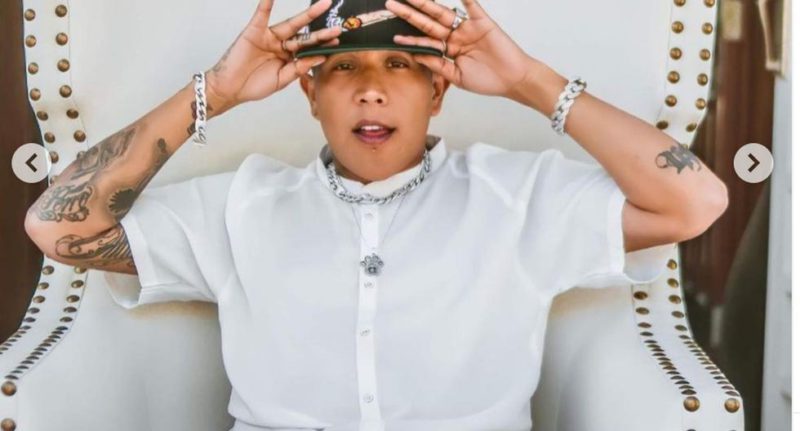 The day? Tuesday, July 13. The time? 10 pm. Stage? A soccer field in the Lagos de Oriente neighborhood, on Telegrafistas street, where they also used to sing their songs. There, Ruff, Juan Daniel Maldonado Ramos, brother of the renowned rapper Mexican C-Kan, who has millions of followers on his social networks and who, paradoxically, his music is a bet on non-violence.

What had been a night of soccer with friends, turned fateful. Ruff, who was also dedicated to singing rap, was mortally wounded when they ended up in a meeting in the fields, located in the Lagos de Oriente neighborhood, Guadalajara, in the state of Jalisco.

His murderers, according to the first versions of the Police, were waiting for him, and one of them shot him point-blank in the abdomen. These people, whose identities have not been released, have not yet been detained.

The singer’s brother died when he received medical attention at the 78 Family Medical Unit of the Mexican Social Security Institute (IMSS), located on Avenida San Jacinto e Historiadores, in the Reforma neighborhood, where his relatives took him after the direct bullet attack. so that he was taken care of immediately. Doctors were unable to keep him alive.

Upon the news, the brother of Mexican rapper C-Kan announced, confirmed that the deceased is his brother and announced the time and place of the funeral. Often he asked that they not send him more message or speculate about the case because that breaks his heart.

“Stop sending more to me because that breaks my heart. Pray for him and go see him off. Save the questions and intrigues for another time. Thank you for all the messages of love towards him ”, the rapper wrote in his Instagram story where he has more than 2.1 million followers. On his You Tube account, he has 6.8 million followers.

The rapper has been tagged in multiple publications, like his brother, because they are well-known people in the colony.

Precisely the court of ’98, where his brother was murdered, is the same one mentioned by the rapper in several of his songs.

José Luis Maldonado, known as C-Kan, is a Mexican rapper, born in the “Perla Tapatia”, he is one of the most outstanding talents of the genre in Mexico. His main achievements include being the first rapper to get more than 100 million views of one of his songs: “Vuelve”.

Unlike other collaborations, the rapper bets on themes away from violence and drugs, fusing his style and with the Mexican regional.

“Here in Mexico every day you wake up with unfortunate news, there are so many that society has got used to hearing that they have found clandestine graves, that there are missing persons, and I think at this moment that if we already live with that there is no reason to take it to music, let music be an escape “, declared on one occasion for the EFE agency.

This decision arose after José Luis began his artistic career with themes dedicated to violence, gangs and drug dealing, factors that have accompanied him since his childhood.