Home
News
Can the omicron variant of the coronavirus displace the delta and become dominant in the world?

Can the omicron variant of the coronavirus displace the delta and become dominant in the world? 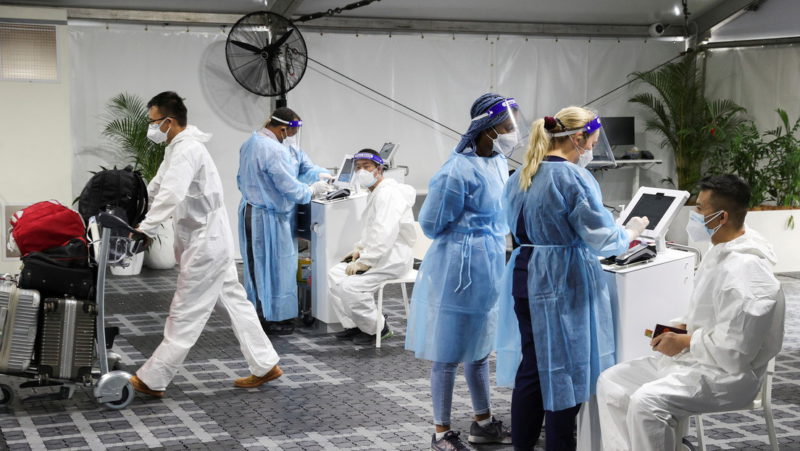 After the appearance of the omicron variant of the coronavirus and the beginning of its spread in the world, several experts wonder if the number of infections with this strain can exceed that of infections by the delta variant.

Currently this new variant raises many questions, and one of them is how fast it spreads. “The question is in fact how transmissible is omicron compared to delta“Asks in this context John Moore, professor of microbiology and immunology at the Weill Cornell Medical College in New York (USA), cited by Reuters.

The agency reports that experts will analyze public data to determine if infections with omicron begin to exceed those of delta, which could take between three and six weeks depending on the speed of spread of the strain.

George Rutherford, professor of epidemiology, preventive medicine, pediatrics, and history at the University of California, he claimed last Sunday to TASS that the new strain in question already is overtaking the delta in southern Africa.

Meanwhile, David Ho, professor of microbiology and immunology at Columbia University (New York), believes that the spread of the omicron variant in the middle of the delta domain, which displaced other variants of the coronavirus, is something “worrying” .

Severity and resistance to vaccines

Other questions to which an answer is sought refer to the severity of the disease caused by this variant of the coronavirus as well as its resistance to vaccines.

Regarding severity, Dr. Peter Hotez, an expert in molecular virology and microbiology at the Baylor School of Medicine, stated that there are various reports: “Some say it is a very mild disease and others [reportan] some serious cases in South African hospitals. “

In turn, Alexánder Guíntsburg, director of the Gamaleya National Research Center for Epidemiology and Microbiology, which developed the Russian anticovid drug Sputnik V, he claimed to TASS that severe cases of the disease after being infected with omicron can develop over a longer period that in the case of contagion with delta due to the large number of mutations related to the first, a circumstance that would give the human body more time to develop immunity, he maintains.

Melita Vujnovich, WHO representative in Russia, said last week that the omicron variant may be more dangerous than others, but reiterated that “we have to wait a bit” to be sure, adding that the beta variant also acted in a similar way and had “such possibilities”.

Regarding the effectiveness of the omicron vaccines, there are diverse opinions on the resistance of the new variety to the drugs. David Ho affirms that “vaccine antibodies attack three regions” of the spike protein, or spike, of the coronavirus and that omicron has mutations in these areas, which could point to a considerable level of resistance of the strain. For his part, John Wherry, director of the Penn Institute of Immunology (Philadelphia) argues that the vaccine will probably prevent those infected with omicron from having to be hospitalized.

So far, the World Health Organization (WHO) has rated “very high” overall risk globally in relation to this variant, although he has highlighted that there are still “considerable uncertainties” about its potential to resist vaccines.

The concern about omicron is fundamentally due to the fact that it accumulates a quantity of “Unprecedented” Mutations in the Spike Protein (up to 32), which is a fundamental part that the sera developed to date to combat the disease focus on. In addition, some of the mutations detected are also present in the already known variants, like delta and alpha, and are associated with greater transmissibility and evasion of the defenses of the immune system, such as antibodies.

The appearance of the new variant, the B.1.1.529, has caused some thirty countries to have already announced the restriction of international mobility.