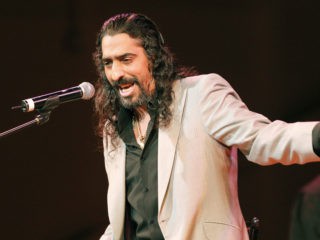 The National Police have arrested the flamenco singer Diego ‘El Cigala’, 52, this Wednesday night in a hotel in Madrid, accused of a crime of gender violence that occurred in Jerez de la Frontera, a municipality in southern Andalusia .

The artist, who is currently on tour throughout Spain, was denounced by his partner, and the mother of their two young children, for continued mistreatment, physical and psychological for two years.

After her arrest, she spent the night in a police station in the center of the Spanish capital and this Thursday morning she was brought to justice in the Violence Against Women Court, although the proceedings will go to the town where the complaint was filed and presumably the events occurred.

‘El Cigala’ has already been arrested previously. In 2014 it was convicted of threatening a stewardess and had to pay a fine of 6 euros a day for 20 days, 245 euros for the days that the worker was incapacitated, 1,200 euros for the consequences suffered and 2,520 euros for medical expenses.

The flamenco singer has developed his musical career for more than 25 years, during which he has released more than a dozen albums studio, among other productions. Among the numerous distinctions harvested stand out several Grammy awards.