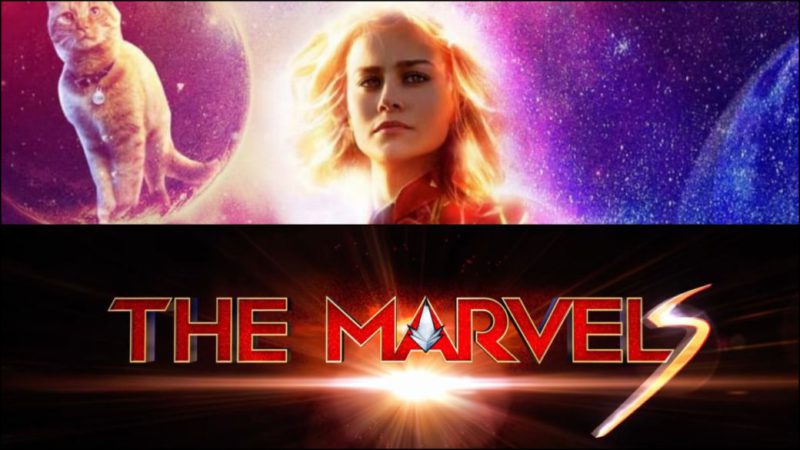 Captain Marvel 2 (The Marvels) has officially started filming. Brie Larson, actress in charge of playing the superheroine, has confirmed that this sequel, whose name is finally The Marvels, has begun filming. Which means that both Captain Marvel and Ms. Marvel are beginning to give color and shape to a fundamental film within Phase 4, seen what has been seen. Its premiere is scheduled for 2022.

The Marvels will be released on November 11, 2022 in theaters

In conversations with SriusXM, the actress who plays Carol Danvers in the Marvel Cinematic Universe has made this fact known. With a pandemic attenuated by the effect of vaccination in most developed countries, Marvel Studios resumes filming the productions planned for the next year and, according to her, there is reason to be encouraged by The Marvels. Brie Larson is very happy and happy for her current job, she enjoys being Captain Marvel:

“Right now I feel very happy every day. I smile a lot, I feel very lucky to be able to do this, to be able to interpret every day ”. As much as they asked, did not offer specific details about the filming process. Secrecy prevails at this time.

Roadmap of the Marvel Universe in 2021 and 2022: series and films confirmed

The Scarlet Witch and Vision (WandaVision), The Falcon and the Winter Soldier and Loki series have been Marvel’s first great foray into Disney + and with Phase 4 in full force. Now we have What if…? on Disney + from August 11, while we will soon have dates with Shang-Chi and the Legend of the Ten Rings on September 3 in theaters; Eternals on November 5 in theaters and Spider-Man: No Way Home on December 17 in theaters.

The other two series planned for 2021 are Hawkeye on November 24 and, precisely, Ms. Marvel. Iman Vellani will play Kamala Khan, it is to be expected that her role in the series will somehow link with The Marvels, the film where she will co-star with Carol Danvers (Captain Marvel) the next November 11, 2022.