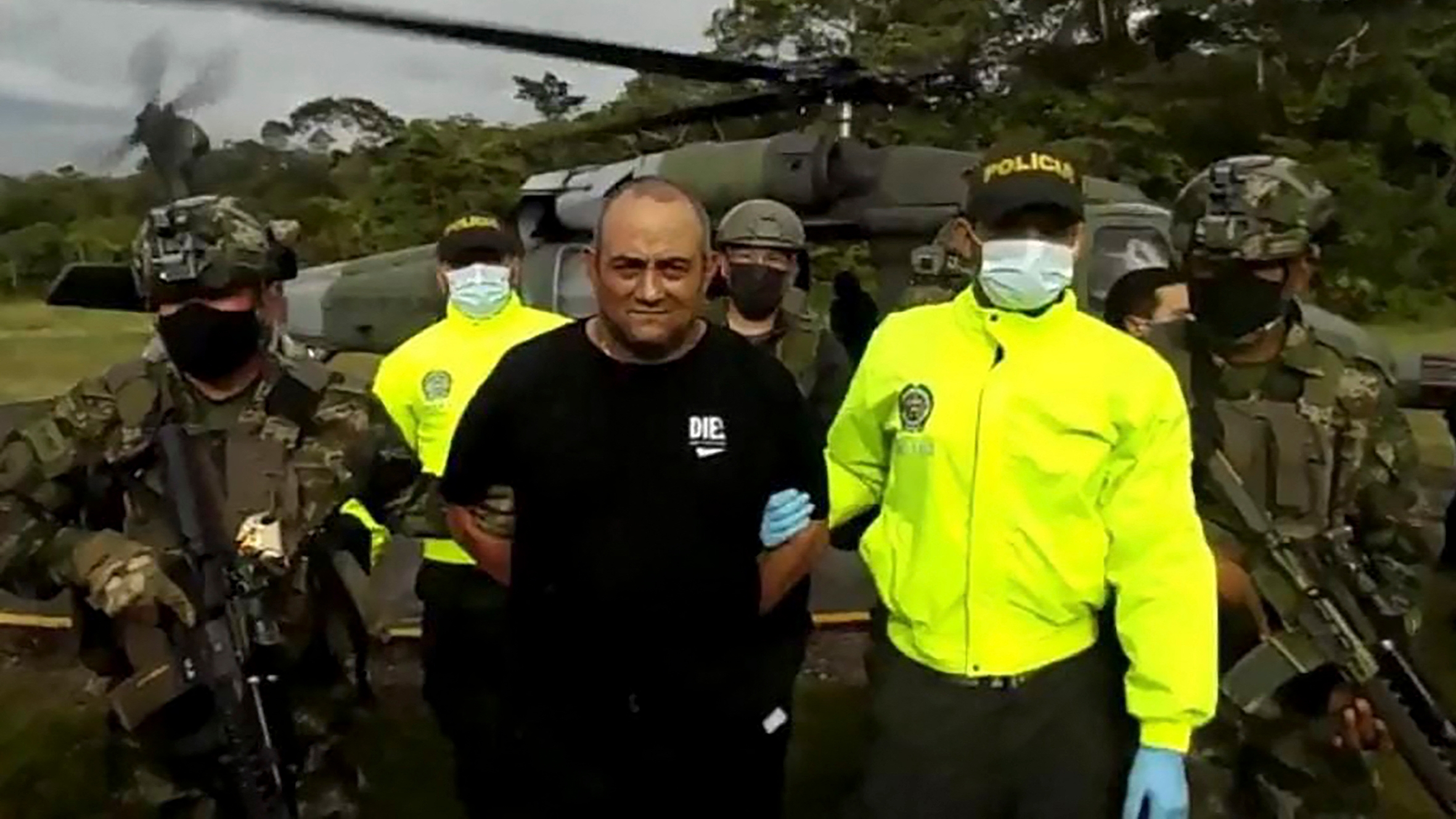 Dairo Antonio Úsuga David, alias Otoniel, one of the most wanted drug traffickers in Colombia, has been captured in a joint operation between the Army and the police in what may be one of the most important blows to the criminal structure he leads, the Gulf Clan. This was confirmed this Saturday by President Iván Duque. “Alias ​​Otoniel was not only in the cartel of the most wanted for drug trafficking and recruitment, also for child abuse,” said the president, who celebrated the so-called Operation Osiris.

Úsuga, 49, was the leader of El Clan del Golfo, which also defines itself as Autodefensas Gaitanistas de Colombia (AGC), a gang that emerged after the demobilization of paramilitary groups in 2006, under the government of Álvaro Uribe (2002 -2010). The drug trafficking group would have 3,000 members and operations in more than 250 municipalities of the 1,122 that make up the country.

At a press conference, Defense Minister Diego Molano said that the Gulf Clan had become the greatest threat to the country, not only because of the amount of drug exports, but also because it operated as a “regulator of micro-trafficking. ”, Which had generated disputes between groups and recent massacres. The commander of the Military Forces, General Fernando Navarro, narrated some details and said that Otoniel had been surrounded since Friday, but the capture occurred on Saturday afternoon.

The Colombian government offered a reward of 3,000 million pesos and the United States, up to five million dollars, for information that led to his capture. Images released by the local press show him surrounded by the military and in apparent tranquility. He was transferred to Medellín, where the noise of the helicopters could be heard, which have kept citizens on alert throughout the morning.

Úsuga insistently sought some type of process of submission to justice, similar to the peace process between the Colombian government and the FARC. At the time, then-President Juan Manuel Santos was emphatic in rejecting that proposal: “There is no possibility because they are criminals and drug traffickers,” he said.

Ariel Ávila, an analyst for the Peace and Reconciliation Foundation (Pares) and a columnist for this newspaper, affirms that the capture may be the product of two scenarios: “Internal war and dispute; or co-option of another group ”. The authorities link Úsuga to the production and trafficking of cocaine, but also to illegal mining, and at least a hundred crimes, including kidnappings and massacres. Last March, the Prosecutor’s Office seized 51 kilos of cocaine that belonged to his group.

“Otoniel will have to be held accountable for the hundreds of crimes committed under his command. The victims deserve justice, ”José Miguel Vivanco, director of Human Rights Watch for the Americas, said through Twitter, while congratulating Duque on the operation.