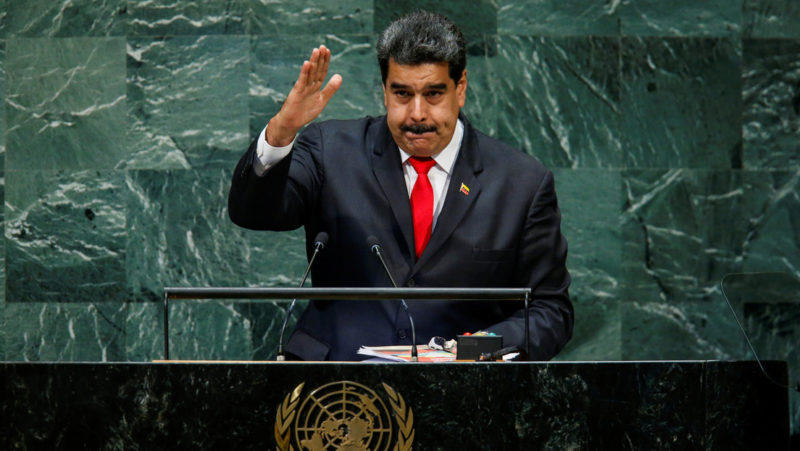 The representative of Venezuela to the United Nations (UN), Ambassador Samuel Moncada, celebrated this Monday that the General Assembly of that body recognized once again the condition of the government of President Nicolás Maduro as the legitimate representative of his country in said body .

During his participation in the General Assembly, Moncada thanked the member states for once again accepting the credentials of the Venezuelan delegation, which he described as a “victory of international law” and “of the sovereign people against the colonial aggressions of the United States.”

“We thank the member states of this Assembly for accepting our credentials, rejecting the colonial aggressions against our country and recognizing the will of our people. Venezuela is and will always be free, independent and sovereign“Moncada said.

2.In 2019, the colonial slave created by the US to loot Venezuela had support from 60 countries. Today in the UN General Assembly only 16 of 193 countries refused to recognize President Maduro. It is the victory of international law and the self-determination of the peoples pic.twitter.com/K6KGQJghYQ

The diplomat remarked that former deputy Juan Guaidó, who in 2019 proclaimed himself “president” of a so-called “interim government”, no longer has the initial support that some governments gave him.

“In 2019, the colonial slave created by the US to loot Venezuela had support from 60 countries. Today, at the UN General Assembly, only 16 out of 193 countries refused to recognize President Maduro. It is the victory of international law and the self-determination of the peoples, “Moncada commented on his delegation, which year after year has been recognized by the organization.

“The US cannot nationalize the rest of the world”

The ambassador also made reference to US international policy, warning that there is no law that allows one country to intervene in the internal affairs of another, much less ignore its legitimate authorities. “The US cannot nationalize the rest of the world”, he stated.

“Nor is there the legal power to become the arbiter of the political systems of the United Nations member states, much less of the democracies worldwide,” he added.

Moncada recalled that the General Assembly cannot be used to ignore to the authorities of its members or to impose “rules of behavior” or “selective criteria about democracy”, intentions that violate the UN charter and that the US and its allies constantly advance.

The representative of Caracas also pointed out that the United States, by wanting to impose its “universal decision maker” policy in electoral processes in other countries, it fails to comply with its international obligations and shows its permanent claim to “destabilize political systems around the world.”