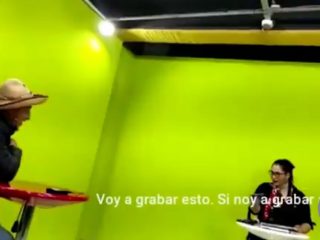 The new president of Peru, the communist Pedro Castillo, is fulfilling the worst omens in his first hours as the highest president of the Andean country, putting on the table all the cards of the deck with which he wants to play in the deployment of his extremist agenda. In his first full day as president, Castillo has released a notice about the intentions with the appointment of his prime minister: Guido Bellido, a radical Marxist and confessed defender of the acts of the Shining Path terrorist group.

Pedro Castillo, who already in his inauguration speech announced the creation of a Constituent Assembly in the purest Chavista style, is, in reality, nothing more than a convenient president managed by the forces that are vying for influence among the Peruvian left. and among which stands out the power held by the declared communist Vladimir Cerrón, the individual to whom the Justice curtailed his plans to reach power in Peru but that has a huge influence on Castillo. This power struggle between the most moderate -and weak- faction and the most radical explains why the announcement of the composition of the presidential cabinet was delayed up to one day. This same Thursday, Cerrón, which is also the leader of Peru Libre, the government party, already marked the line to follow: «There is a lot of speculation about the future cabinet, but also a caviar conspiracy, before which the president, the party and the bench will give a solid answer. Let’s go safely to the change that the country needs! ». Cerrón marked the line to follow and Castillo followed by announcing to Bellido as prime minister: a famed Marxist whose experience in politics is limited to a week in Congress as a member of parliament.

Bellido was Cerrón’s second option for the position: the first person he applied for was a man who at the age of 30 got a 14-year-old girl pregnant and who did not recognize his daughter until the Justice forced him to do so through an examination of paternity.

Peru’s new prime minister is a fervent communist, defending the Cuban regime as a model of democracy and, most disturbingly, has advocated for the Shining Path terrorist group, whose murders are estimated at between 30,000 and 48,000.

Well, Bellido was recorded in his day in a studio of a local channel, Inka Television, in a conversation, outside the program in which he was participating, with the surprised presenter, who asked him “why don’t you say it on screen” when the current prime minister explained his true opinion of the Shining Path terrorists: that ” they took a path, mistakenly, but to which they had a right because they were Peruvians “when” the country was in a disaster. “

In the opinion of the now new Prime Minister of Peru, the terrorist organization of Marxist-Leninist-Maoist ideology, which has been responsible for tens of thousands of murders in Peru since 1980, especially in its first decades of existence, had the right to provoke bloodshed in his country “because they are Peruvians.”