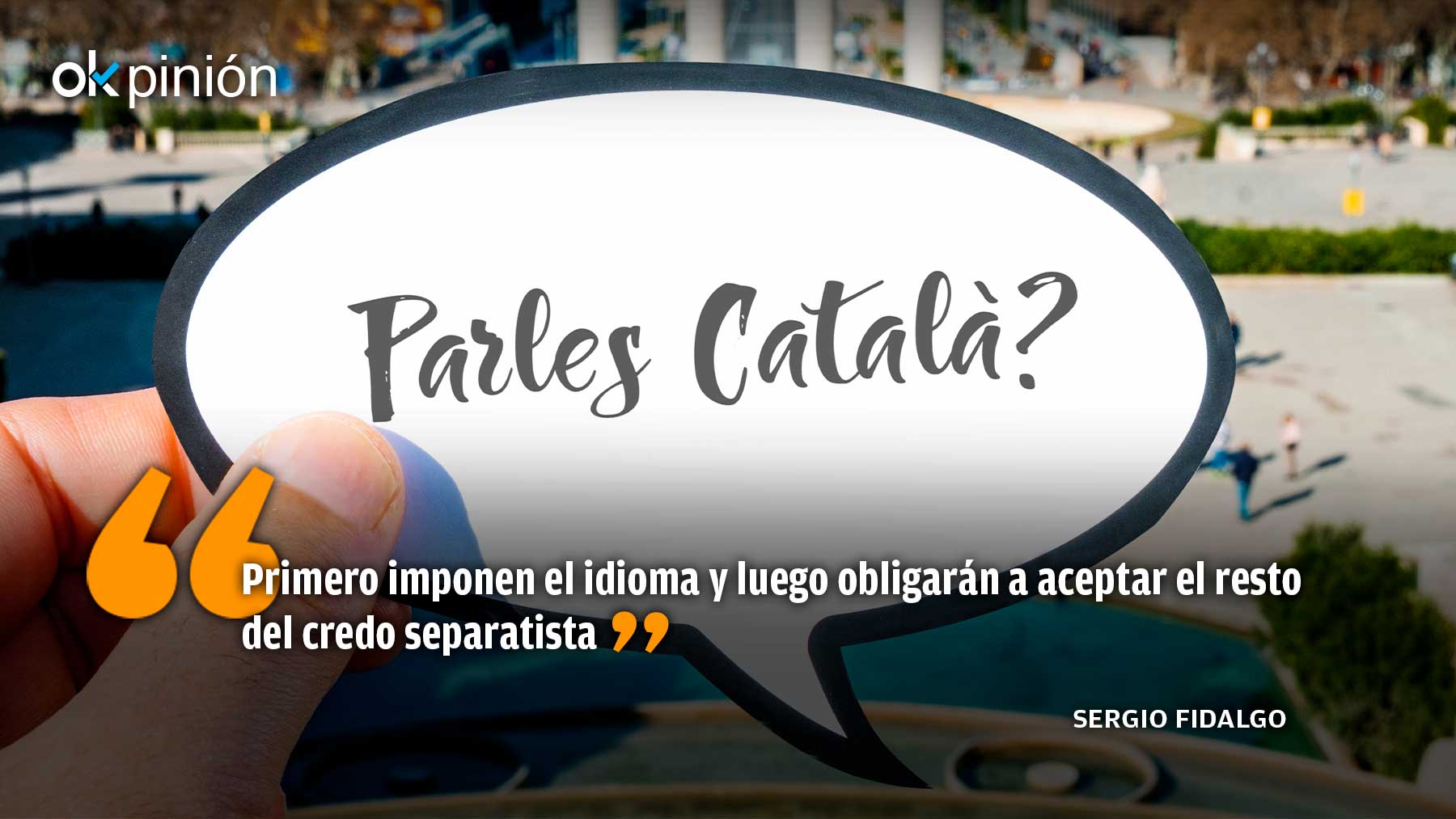 Catalan will set you free

To continue deceiving the one million three hundred thousand followers who still follow them, the Catalan separatist leaders have only the Catalan language left as a propaganda and cohesion element. After lying to their voters about the type of Republic they wanted to establish, the ‘state structures’ that they said they had already created, the international support for the separatist cause that they claimed they had achieved, the eighteen months it would take to get rid of them. the yugo Spanish and that 80% of Catalans wanted to vote in a secessionist referendum, the only thing they can wield so that the process It does not end and continues to be a manna of public money for ERC, Junts, CUP and their well-watered associative fabric is the theoretical siege to which the Spanish State is subjecting the Catalan.

They have changed the “Spain robs us” by the “undemocratic Spain wants to exterminate Catalonia’s own language, Catalan”, as the last desperate cry to make people believe that separatism really cares about what they call the “country”, when only It is a big business to ensure that certain political and economic elites make their money by dominating and assaulting the public budgets, both of the Generalitat and of the rest of the administrations they control. Since the defeat of the coup d’état of Puigdemont and Junqueras, the cohesive element of separatism mutated from the path to the Republic for the “freedom of political prisoners and exiles.” At the time that Pedro Sánchez, to maintain power in Moncloa, signed the pardons, a good part of the secessionism was erased from this motto when its leaders were out of prison. They were not going to play the game of a Carles Puigdemont who they hate for having left them in the lurch.

And in the war room of the separatist parties decided that a new element of cohesion was needed to ensure that they would never lose the parliamentary majority. And the only thing they have left is an offensive theory of what they insist on calling “Francoist and fascist Spain” against the Catalan language. And, suddenly, in a few days, satellite entities of the separatist parties fill dozens of schools in Catalonia with banners demanding that children not speak Spanish in the courtyards. Later, the Generalitat leaked the installation of “linguistic mailboxes” in universities so that students can anonymously report those teachers who use Spanish, a measure that legally has little significance, but that will serve to intimidate the most cowardly teachers if some Erasmus or a student from another area of ​​Spain asks to change the language. Next, CUP, ERC and Junts approved a motion asking to “avoid” the use of Spanish in press conferences in Parliament.

In between, the director of a theater company highly favored by secessionism in recent decades, Joan Lluís Bozzo, begins a campaign to discredit the musical Singing under the rain, because it is performed in a Spanish city, like Barcelona, ​​in Spanish. Other secessionist radicals have been singling out movies as Mediterranean because they were released in Spanish. Among them, the former ERC deputy Joan Puig, who achieved his five minutes of fame a few years ago by robbing Pedro J. Ramírez’s villa in Mallorca. The Minister of Education, Josep González Cambray, could not miss, warning primary and secondary teachers, especially in the metropolitan area of ​​Barcelona, ​​not to think of teaching classes in Spanish. And the accused and very radical president of the Parliament, Laura Borràs, insists on refusing to answer journalists in Spanish.

The new motto of separatism is “the Catalan will set you free”, which is only the first step in its attempt to keep Catalan society imprisoned. First they impose the language and then they will force you to accept the rest of the separatist creed. It is a shame that such a beautiful language, which is part of the Spanish cultural heritage, is being destroyed by some fanatics who are gradually making it increasingly rejected by broad layers of the Catalan population. This is what dictatorships have, which encourage dissent in search of freedom.