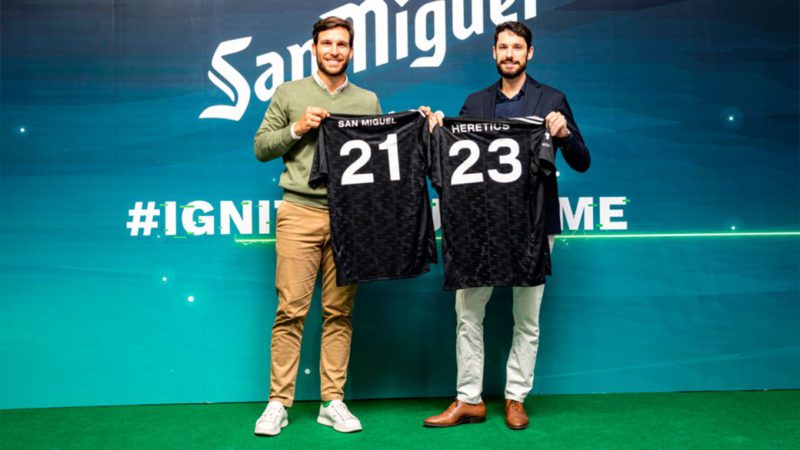 San Miguel beers, the well-known brand of beer, has announced the winners of his Beer Jam by San Miguel next to the renovation with Team Heretics until 2023, thus consolidating its relationship with the gaming world and consolidating its presence in it for the future. This is how the company has shared it through an event held in Madrid, confirming the project Ultimate Beer Racers as the winner of his own Video Game Development Jam with the presence of several guests.

On the spot it was revealed that the team JaviCoder with his video game Ultimate Beer Racer has been the winner of the Beer Jam convened by the brand last October and which brought together 55 developers to create their own game in 4 days. The winner will receive 20.000 euros; 5,000 as a prize, to which will be added an endowment of another 15,000 euros more destined entirely to the development of their video game. Along with the winner, the work of the finalists has been highlighted, Lupuloti, with his video game Multibeerse, and Cieri Team, with his video game Miguel Cervecin, which will receive two prizes of 2,000 and 1,000 euros, respectively.

Secondly, San Miguel beers has announced that it is extending its relationship with Team Heretics, a team led by TheGrefg and Goorgo, until 2023, thus strengthening its commitment to the world of eSports and its growth towards the digital world. “We are enormously proud to be able to toast again accompanied by Cervezas San Miguel, as we will continue to share moments in eSports thanks to your invaluable help. It has been four years together and today we meet to celebrate a new adventure that leaves us at least, with new stories to tell until 2023, where we will continue to live up to what is expected of Team Heretics both for Cervezas San Miguel, and for all our fans ”has shared during the event Antonio Catena, CEO and founder of Team Heretics.