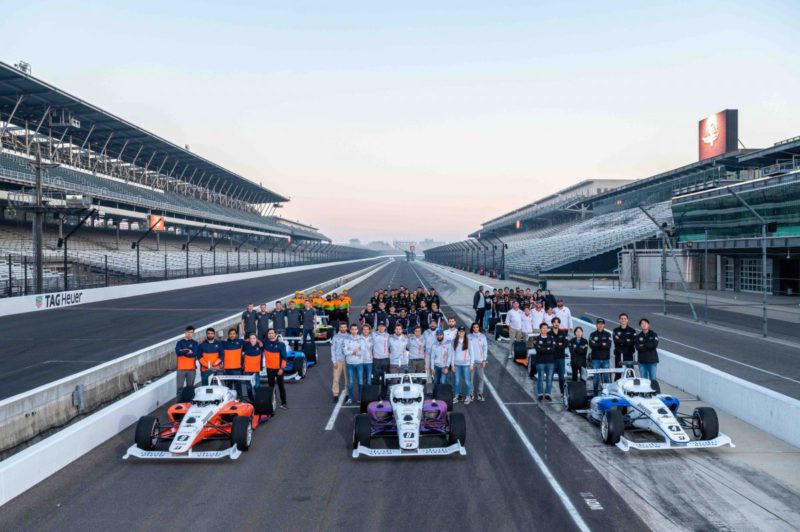 The team from the Technical University of Munich (TUM) took second place in a competition for autonomous racing cars on the sidelines of the CES technology fair in Las Vegas. In the final race, TUM Autonomous Motorsport was defeated by the Polimove team, which consists of researchers from Italy and the University of Alabama.

TUM team satisfied: “Faster than ever”

The TUM vehicle slid into the middle lawn at a speed of up to 270 kilometers per hour when it passed the home straight. It turned and stopped. So had the German engineers even more luck in their elimination than their opponents in the semifinals. The TII Euroracing team drove into a concrete demarcation and was badly damaged.

The winning team will receive prize money of 150,000 US dollars and the Munich team will receive 50,000 dollars as runner-up. “We drove faster than ever,” said Maximilian Geißlinger from the TUM team. “We are very satisfied.” The causes of the drifting out would now have to be analyzed first.

Das Team Polimove mastered top speeds of a good 270 kilometers per hour on the Las Vegas racetrack. The team’s Italian researchers come from the Politecnico di Milano University of Applied Sciences in Milan.

In October, the TUM team had won the previous race in Indianapolis, with an average speed of 218 kilometers per hour. Polimove saw the victory as a revenge for the defeat at the time.

The races are driven with vehicles with the same technical data, the decisive factor is the software that the teams develop. The competition is about alternating overtaking maneuvers. The speed increases gradually – until one of the participants can no longer overtake or is eliminated. The software executes the overtaking maneuvers completely independently based on the algorithms programmed by the researchers.

The racing cars are equipped with the latest technology for autonomous driving, such as laser radars (lidar). However, they are powered by combustion engines instead of electric motors because the battery packs would be too heavy.

The Munich researchers now have further plans: “We now want to put the technology on the road,” said the holder of the Chair of Vehicle Technology at the TU, Professor Markus Lienkamp. “To this end, we make our research work available in open source.” At the same time, a software company was founded to take care of the series implementation.