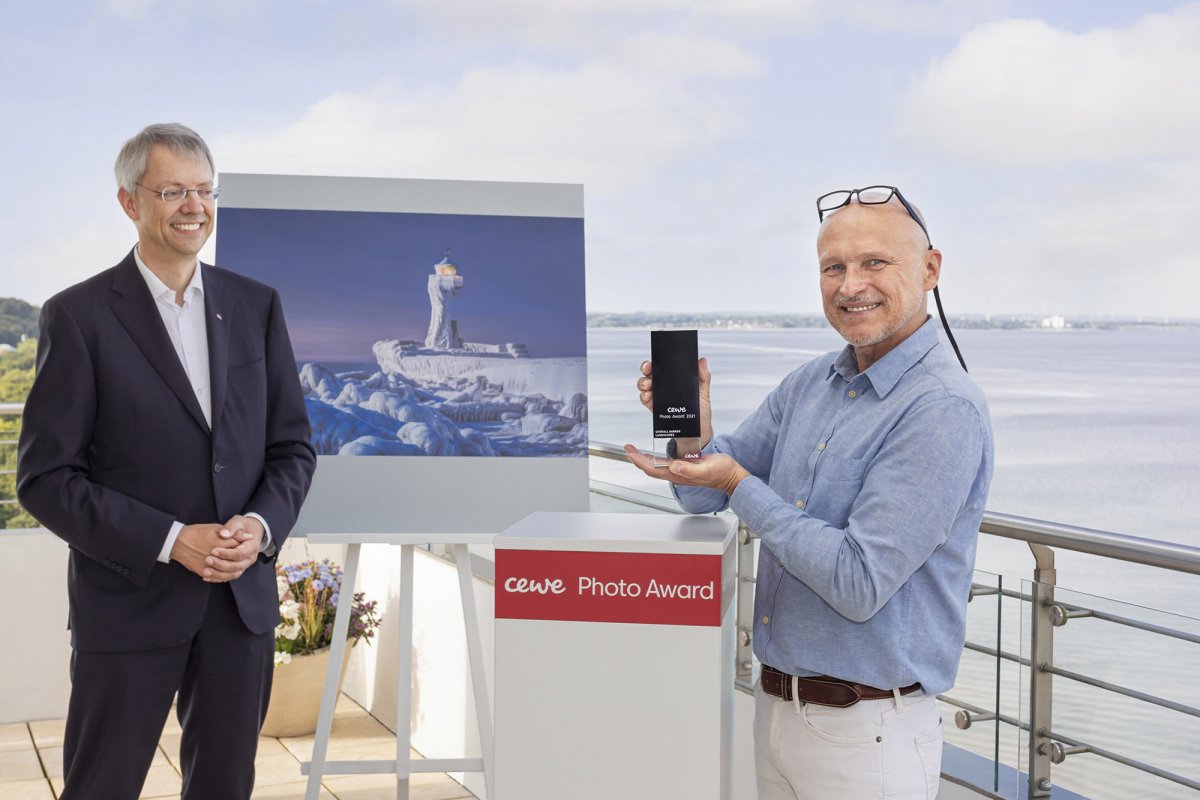 The German landscape photographer Manfred Voss took the overall victory of this year’s Cewe Photo Awards with a picture of the icy Sassnitz lighthouse on Rügen. He prevailed against 606,289 other submissions.

The motto of the competition was “Our World is beautiful”. Cewe announced the winners of the ten categories back in August. Originally, the overall winner was to be presented at a large gala in the German Historical Museum in Berlin. However, the rising corona numbers forced the organizer to change plans. The winners were honored at a smaller award ceremony on Timmendorfer Strand, the home environment of the overall winner Voss. Voss won the category with it landscape and the overall victory.

“It feels absolutely great, almost unbelievable, to have won the world’s largest photo competition in the end,” Cewe quotes the professional photographer. “The motto ‘Our world is beautiful’ could also be called the motto of my photography: I consciously try to capture the beauty of our world in pictures.” When asked about the selection of his photo, Voss said: “I particularly like the transience and the uniqueness of the motif associated with it. It was impressive to see what a beautiful ice sculpture nature has formed out of this man-made lighthouse . “

But not only the winners benefit from the competition. For each photo submitted, Cewe donated 10 cents to SOS Children’s Villages around the world. Thomas Mehls, board member at Cewe, handed over a check for 60,628.90 euros to Petra Horn, who is a board member of SOS Children’s Villages. The money went to a school in Haiti, which was expanded to accommodate 500 students. Haiti is considered one of the poorest countries in the world and often suffers from natural disasters such as severe storms.