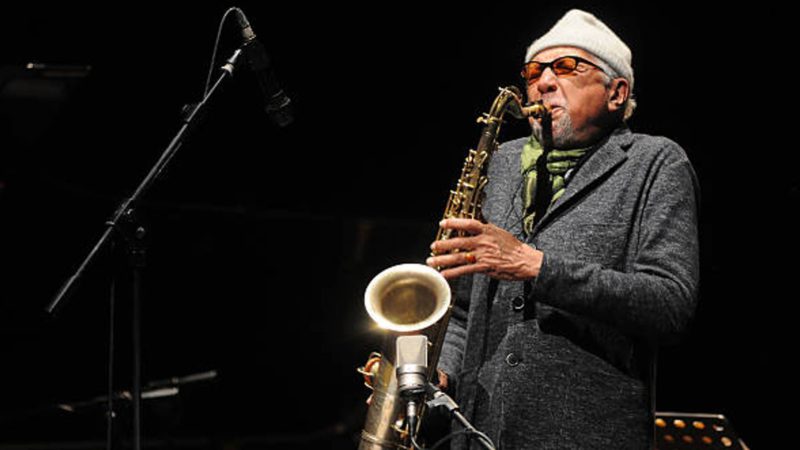 This Sunday, November 28, he says goodbye el XIV Jazz Voyeur Festival, the genuine heir to the mythical Palma International Jazz Festival, which lit up the best nights in the 1980s.

It was an atypical edition due to the reduced size of the poster, although the presence of Maria del Mar Bonet daring to sing with a big band and also close with the quartet led by the saxophonist from Memphis, Charles Lloyd, Jazz Voyeur has already brought us back to its pre-pandemic good days.

The road has not been easy and what is hard to believe is that from the same Palma City Council committed the outrage of ignoring Jazz Voyeur by creating the Jazz Palma festival in memory of those great dates of the 80s, committing two stupid things at the same time. The first stupidity is not to accept that Jazz Voyeur is the true heir and the second, that of Jazz Palma, simply because someone registered the intellectual property of the Palma International Jazz Festival, so no one else can use that heading. But the left is like this: a complete uselessness, as much as it enjoys good press … tame.

The promoter of jazz concerts, Roberto Menendez, Argentine of Spanish origin, is who has always been behind Jazz Voyeur. The corralito, of unfortunate memory, was what pushed Menéndez to seek better fortune in Spain and he chose us, until he became a Majorcan by volume and back. His treasured experience has enriched us. But the Palma City Council never wanted or knew how to notice him. Forcing the balances of difficult fit that are typical of the private cultural initiative.

Roberto Menéndez had a dream and it was to incorporate into his long resume the figure of Charles Lloyd, the only one of the sax greats who had not yet managed to hire since the days he ran a renowned jazz club in Buenos Aires. Now he has succeeded, because circumstances have been favorable for him. Charles Lloyd years ago visited Mallorca and fell in love with the island, to the point of reducing his cache to return and to be the protagonist of the closing of the XIV Jazz Voyeur Festival. It even has an engraved piece, Majorca, which is the perfect summary of his love for the island.

To speak of Charles Lloyd is to speak of a legend of the genre and it is enough to point out the two great labels for which he has published: ECM and Blue Note.
Focusing on his visit to Son Amar whose physiognomy, in effect, recalls not only a jazz club but also one of those ballrooms in which the mythical swing bands played, Lloyd approaches the front of his quartet, of which they are part Gerald Clayton (piano), Reuben Rogers (low) and Kendrick Scott (battery); that is, a replica of its premiere in front of a quartet, back in 1965, accompanied by Keith Jarrett (piano), Jack DeJohnette (battery) and Scott McBee (double bass). Big words.

Charles Lloyd’s extensive experience connects him with leading figures in West Coast music and to name a few, The Doors, Canned Heat, The Beach Boys, Mark Isham O Roger McGuinn, co-founder of The Byrds, which is not little, besides rubbing shoulders with the greats of jazz and blues. Although the important thing, as reflected by the critics, is his live show and that’s what the appointment with the Jazz Voyeur Festival is about, a dream show.