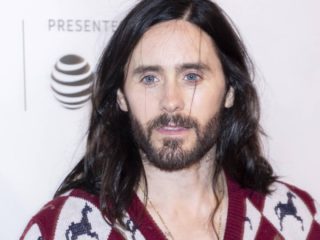 Jared Leto He has already played the Joker, but fans have yet to see him as the director envisions him Zack Snyder.

First things first, it is important to note that this first look, which was shared exclusively by Vanity Fair It is not from a new movie of the League of Justice, per se.

Actually, this is how Leto’s character will be portrayed in a different cut from the 2017 film, which would initially be directed by Snyder, who stepped down as director when his 20-year-old daughter, Autumn, committed suicide that March.

After the departure of Snyder, Joss Whedon intervened during post-production, supervising the editing process and new recordings.

In the process, Whedon he also cut numerous scenes to cut the movie time down to two hours, according to reports led by Warner Bros.

The final product ended up being very different from the movie it promised. Snyder, and it was notably less violent.

Additionally, the film was widely criticized, with some critics calling it a “Frankenstein” cut.

After the film’s release, DC Comics fans demanded that “Snyder Cut” be released, but HBO and Warner Bros. did not give Snyder permission to re-edit the film until last February. Since then, Snyder has reinvented the film, featuring Leto’s Joker, Amber Heard’s Mera, and Joe Manganiello’s Deathstroke.

Check out the video above for the first footage of Jared Leto’s Joker on tape.

And this brings us to yesterday, when Snyder confirmed to Vanity Fair that the final cut of the film is four hours long and will debut on HBO Max on March 18.