Check out the first preview of Patrick’s show! 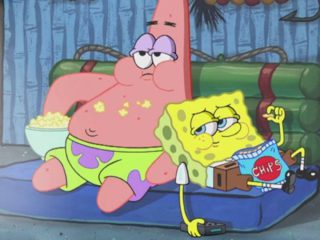 The unconditional companion of Sponge Bob now starring in his own show.

On Monday, May 31, Nickelodeon officially announced The Patrick Star Show, a spin-off focused on the beloved Patrick.

The 13-episode sitcom-style series is a prequel to Sponge Bob, with a “younger Patrick living at home with his family.”
where he hosts his own neighborhood variety show on his television converted into a bedroom, “according to Variety.

Bill Fagerbakke will continue to voice the role of Patrick, and there will also be appearances by SpongeBob (Tom Kenny), Squidward (Rodger Bumpass), Sandy (Carolyn Lawrence) and Mr. Krabs (Clancy Brown).

Check out the first teaser in the video above.

This is the second SpongeBob spin-off, with Kamp Koral: SpongeBob’s Under Years from Paramount +