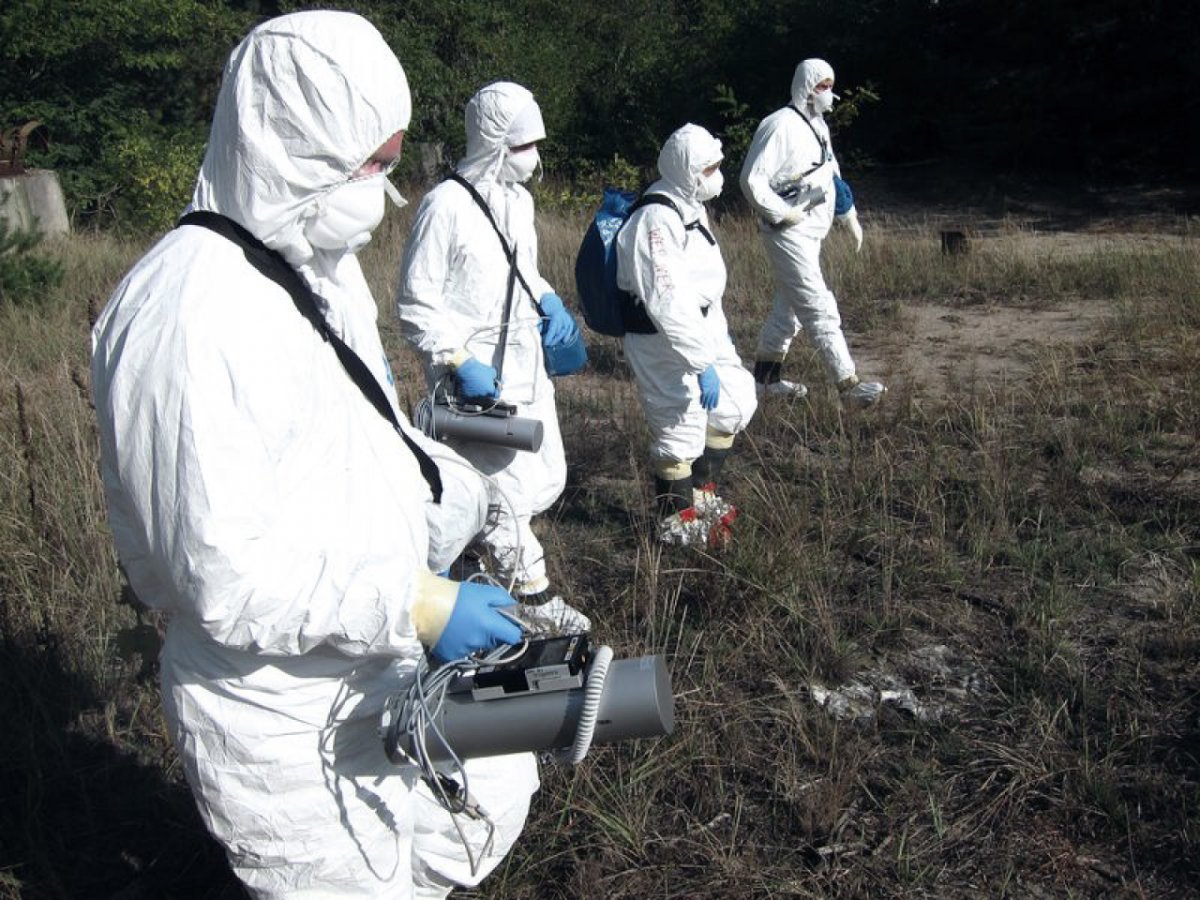 A blue Federal Police helicopter soars into the sky over the abandoned city of Chernobyl. Firefighters and observers on the ground wear protective masks at a safe distance. But the danger here is not the coronavirus: Even 35 years after the reactor disaster in the once Soviet nuclear power plant, there are still radioactive dust particles. German experts therefore traveled to the north of Ukraine to work with colleagues on site to create a new map showing the radiation exposure. Initial results suggest that the danger has not yet disappeared.

The two helicopters of the Federal Police from Germany are in use for four to six hours a day. Measuring systems weighing around 200 kilograms are on board. “We use the helicopter to get an overview and then make more detailed measurements on the ground,” explains Christopher Strobl from the Federal Office for Radiation Protection. At an altitude of 100 meters, the helicopters have a field of view of 500 meters. “On the ground, we can then assess the radiological situation in much more detail.”

On April 26, 1986, after a failed experiment, reactor four of the then Soviet Chernobyl nuclear power plant exploded. The accident, which happened a good 100 kilometers north of the Ukrainian capital Kiev, is considered to be the greatest nuclear disaster involving civilian use of nuclear power. Thousands of people died. Hundreds of thousands were forcibly relocated. Large stretches of land in the former Soviet republics of Ukraine, Belarus (Belarus) and Russia have been contaminated to this day.

One of the German helicopter pilots is Silvio Renneberg from the Blumberg Fliegerstaffel in Brandenburg. “It’s a special feeling that you are here once in a while, what you have seen on television,” says the very experienced pilot of the German Press Agency in Chernobyl. In 16 years he has accumulated 2,600 flight hours. All pilots would have volunteered. “We actually expected that many more would say no.”

Not directly above the reactor

Possible fears are them in a preparatory seminar through the for the Federal Office for Radiation Protection responsible for the mission been taken. “Of course we had a lot of questions because we don’t deal with them every day,” says Manuela Uhlig and praises the preparation. “You just knew that something really bad had happened here, that this was a restricted zone.”

The helicopters are not allowed to fly directly over the failed reactor with its steel shell, which cost around two billion euros and was inaugurated in 2016. The risk of a possible crash was too great for the Ukrainian authorities. Drones from the Ukrainian state company Ekozentr provide measurement results.

In what is now the third mission in the 2600 square kilometer Ukrainian exclusion zone – which roughly corresponds to the area of ​​the Saarland – measurements are not carried out by helicopter alone. The mobile teams, made up of civil protection staff from the Rivne nuclear power plant in western Ukraine and the German Federal Office for Radiation Protection, work through 200 measuring points on the ground.

“All measuring points are connected to one another by roads so that they can be reached by vehicle,” explains Daniel Esch from the Federal Office for Radiation Protection. A hand drill is used to take 15 centimeter deep samples, which in turn are divided into 2.5 centimeter layers. Before that, however, it had to be clarified whether the soil was untreated, as the Soviet authorities at the time had large areas plowed after the nuclear disaster.

“The deeper the cesium sits in the ground, the less it contributes to the background radiation,” explains physicist Esch. The evaluation is carried out immediately by a local laboratory in Chernobyl. However, the ground teams also encounter unexpected difficulties in the abandoned area. “Sometimes the colleagues had to use the chainsaw because of fallen trees to make the road passable,” says Esch of the dpa.

The results of the measurements are to be presented at a specialist conference in April. Christopher Strobl from the Federal Office can already say in advance that the cesium distribution is similar to that which was drawn up by local colleagues in the 1990s. “That means that we have confirmed what our colleagues have done with self-sacrificing work back then.”