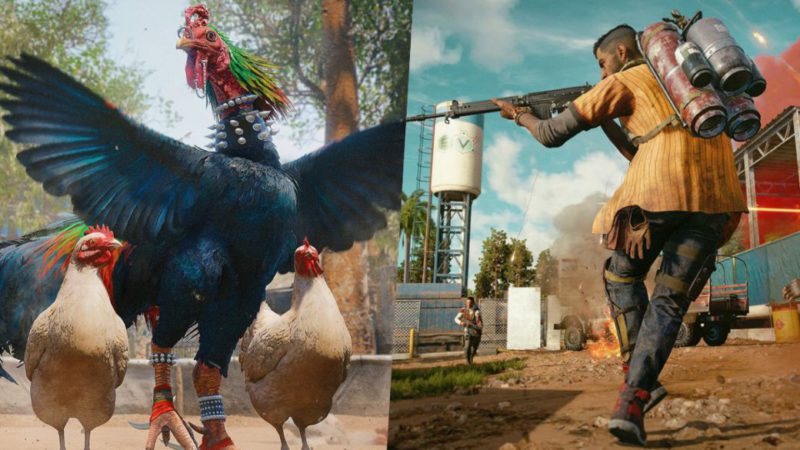 In Far Cry 6’s Yara there is nothing more fearsome than the Guapo crocodile’s bites, and nothing as adorable (and lethal) as the Chorizo ​​puppy’s gaze. Chicharrón, on the other hand, has no teeth, but it does have a very sharp beak.. After serving in cockfights, the animal escapes from its captors and leaves the dictator’s soldiers behind. What they do not know is that he will end up joining the guerrilla, in his own way. Part of his journey can be seen in the cinematic trailer that Ubisoft has shared and that you can see below these lines.

Like Guapo and Chorizo, this animal is one of the companions of the main character, Dani Rojas, so we can send him to the battlefield to kill some enemies in his path. And the whole territory is full of soldiers of President Antón Castillo, the dictator who controls the nation from his palace in the capital Esperanza.

Ubisoft’s new Toronto and Montreal production is about the guerrillas. As Castillo and his forces try to crush any hint of opposition, the Libertad group and other guerrilla cells they plan actions with the aim of weakening the regime. The ultimate goal is, of course, to overthrow the dictator to usher in a new era in Yara. It will not be easy, since the Government has the army and the resources to continue oppressing the people.

Far Cry 6 will be released next October 7 on PS4, PS5, Xbox One, Xbox Series X, Xbox Series S, PC, and Google Stadia. The new-generation version, free for those who have the game on previous consoles, will not incorporate ray tracing as on PC, but it will add other additional improvements, in addition to working at 4K / 60 FPS.