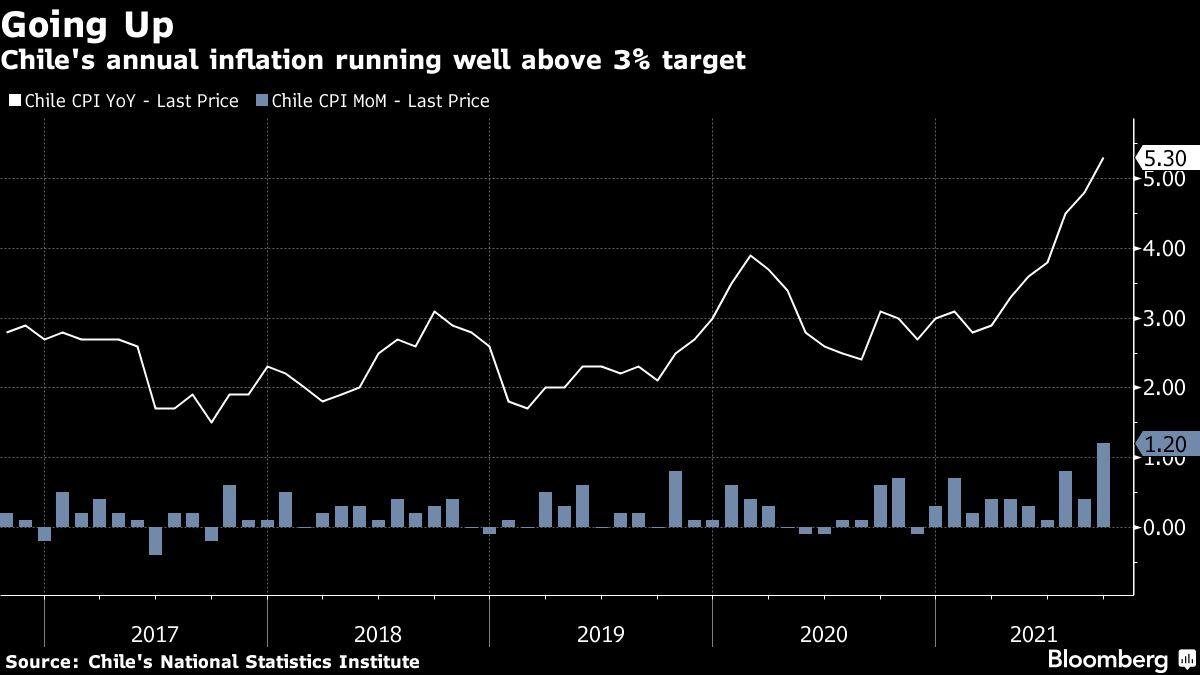 The decision sends a powerful message that the bank will do whatever it takes to bring inflation back to the 3% target. In September, consumer prices beat estimates and hit highs not seen since 2008 on a monthly basis amid a resurgence in growth. GDP will expand by as much as 11.5% this year, according to the central bank, as lawmakers debate new pension withdrawals that would inject another $ 20 billion into the economy.

“Core inflation has started its upward cyclical trajectory and could rise to 6% by the end of 2021,” Leonardo Suárez, research director at LarrainVial SA, wrote in a report this week. “Increased liquidity driven by pension savings withdrawals and social transfers will continue to drive inflation up.”

Consumer prices rose 1.2% last month, driving annual inflation to 5.3%. The operators surveyed by the monetary authority foresee that inflation will exceed the target during the next two years.

At the previous August meeting, the bank’s board raised borrowing costs by 75 basis points. At the time, most economists were valuing an increase of between a quarter and a half percentage point.