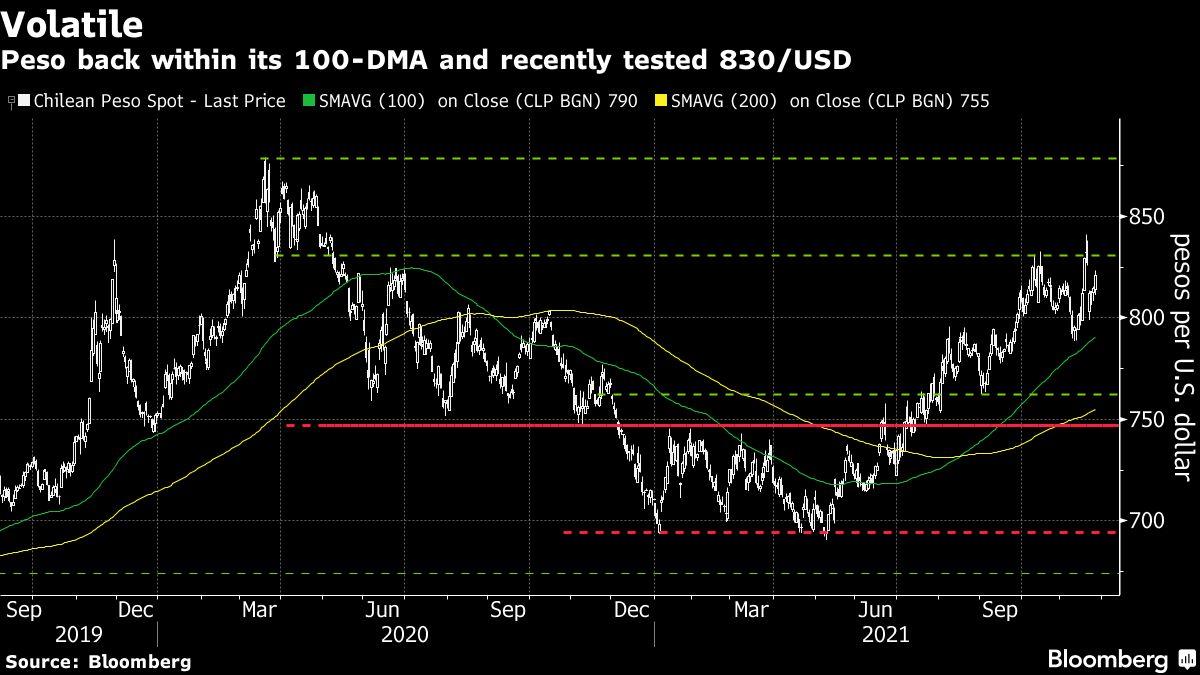 (Bloomberg) – The Chilean peso is the worst performing currency in the world on Thursday after outperforming its peers for most of the week, while meager volumes tied to the US holiday could be exacerbating fluctuations.

The peso fell 0.9% but remains the best performing currency this week after the right-wing candidate won the most votes in the first round of last Sunday’s presidential elections.

Chile’s economic calendar is tight until November 30, when retail sales are released. Opinion polls before the December 19 presidential runoff are likely to be the main driver of the local market. The negative performance of copper, which follows the fall of iron ore, could be raising the concerns of traders this day.

For their part, the Colombian peso and the Peruvian sol also weakened slightly. Investors in Colombia will trade SETFX COP Next Day (CFXN index) instead of SETFX COP spot (COFX index), which may lead to a divergence in the currency ticker of the Colombian peso.

Colombia’s fiscal deficit will present a “very positive surprise,” as tax revenues are growing faster than expected, said Finance Minister José Manuel Restrepo. Concern about the country’s fiscal outlook linked to increased spending during the pandemic was one of the main reasons that led rating companies to downgrade sovereign debt to speculative grade. Tax revenues exceed 7.6 trillion pesos to those estimated in the medium-term fiscal plan and GDP will expand at least 8.5% this year, according to the minister.

Colombia’s central bank board of directors will meet on November 26, but it is one of the scheduled meetings in which no rate decisions are made.

(Some of the information comes from currency traders familiar with the transactions who asked not to be identified because they are not authorized to speak publicly.)