China and the US intensify their fight for world economic hegemony 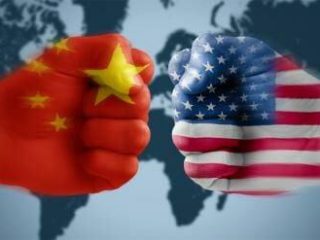 The geostrategic rivalry between the world’s two largest economies will get even worse under the presidency of Joe Biden. The tense scenario will not register seismological levels of Donald Trump’s quasi-warmongering rhetoric. It will employ a more diplomatic dialectic. Almost in profile soft power. But the markets are discounting that the time machine, the barometer of tension between the two superpowers, will not turn the clock back until 2015. The last exercise of relative calm. Still under the designs of Barack Obama in the White House. This is what they believe in UBS from where They demand that their investors be vigilant when it comes to shaping their capital portfolios, because the old days of reconciliation will not return. “The conflict between the two overlaps will not disappear with the current Democratic Administration,” explain two of its global analysts, Solita Marcelli, from its office for America, and Min Lin Tan, from its delegation in Asia-Pacific. Both, Chief Investment Officer (CIO’s). Those who say they regret the disappointment it may cause among the most optimistic customers about the restoration of ties between Washington and Beijing. Investors, Marcelli and Lin Tan insist, “should know that a new Cold War has begun, that it has only just begun” and that neither Washington nor Beijing have any interest or intention in “pressing the reset button.” Quite the opposite. “They are in a process of gaining advantages and opportunities to establish their own defense trenches against the risks” of this escalation of tension.

For Marcelli and Lin Tan, their respective economic diplomacies “seek exposure” of their increasingly accentuated rivalry of companies and businesses in the face of different “cycles, investments or sector trends” and, therefore, to “specify the best portfolios” to come for their own interests and that of their private sectors. Despite the rhetoric favorable to mutual collaboration in solving global economic problems, bilateral competition and tension “will increase.” Especially in eight geostrategic battlefields.

1.- Technology. The rivalry between the two superpowers could create two digital hemispheres. It could be convenient to boost chip and component stocks or even make them more volatile than at present, in the midst of the reestablishment of international value chains. Although, in the same way, it will design new investment strategies to redirect capital flows to one or another block, the lines of technological development of companies and industries. “A technological bipolarity in the heat of the race between the US and China due to the dominance of the digital age, which will spread through areas of activity such as software or data centers,” write the UBS analysts. In the note to investors, they also draw attention to the rise in rivalry in communications networks, the deployment of 5G, Artificial Intelligence or suppliers of materials and technological services. A scenario that, they advise, “will generate investments and return of benefits different from the current ones in the medium and long term.”

2.- Cybersecurity. The growing economic hostility coincides with cross accusations and allegations between the two governments for cyberattacks and in the middle of the battle to impose American or Chinese technology on the 5G spectrum networks. Also among its highly digitized service sectors. Despite this, Marcelli and Tan trust in the resilience capacity of this industry to “provide themselves with stable investment portfolios”. Although with denominations made in the US or China, “investors should diversify their capital and value European, Japanese or South Korean options” and that, with undervalued business investments in cybersecurity, “investments and capital expenditures will continue to grow healthily at rates of annual double digits ”.

3.- Commerce. Despite the truce on the tariff wars, the discrepancies in this area remain unresolved. The US is frustrated by China’s technological and monetary policy, its support for state companies, the arbitrary handling of the value of the yuan and the Asian giant, due to the restrictions on their exports and the tariff increase. If this issue deteriorates in the future, “it will be bad news for industrialists, manufacturers of materials and for the technology sector.” And “it would bring the revaluation of currencies considered as safe havens such as the Swiss franc or the Japanese yen or of assets such as gold,” they write in their analysis. “The high quality of the bonds, which offered their protection in the past, could now cease to be effective if interest rates still remain close to zero.”

4.- Value chains. In the opinion of its experts, UBS does not believe that the US is “close to eliminating its rival as a supplier of manufacturing and other goods and services in the coming years.” But rather the opposite. It could boost business channels now that the post-Covid business cycle has started. North American companies will not turn off the tap in China if they continue to believe that its low prices will continue to benefit their income statements, they explain. But many of them will diversify their sources of origin, many of which are almost exclusively limited to production from China. “We assume that some US firms will not lift their value chains again if they are going to have long-term detrimental effects on their profits due to their high dependence on the factories of the Asian powerhouse.” Any stage of abrupt decoupling between the production indices of one market and the other could generate more costs and disruptions in the value chains; American and Chinese, both UBS CIOs clarify.

5.- Capitals. According to some official reports, China is preparing restrictions on its firms with access to data and operating in the US capital markets. An uncertain scenario that generates added tension, so UBS’s recommendation to its investors is that they maintain a certain exposure, on both fronts, in their capital portfolios, with a necessary equidistance. Yes indeed. Knowing that the concern is increasing. In particular, due to the possible fall of digital platforms in China, which could prevent investments in some leading industries with high stock market profitability. Reason why they advise diversifying your investments in the Japanese stock indices. Although the greatest investment weight continues to fall, for now, on the Asian giant. “The continent has high yields in bonds that are denominated in dollars.” In not a few segments with cheap fixed income securities, they say.

6.- Monetary management. The signs of a more aggressive dispute between financial assets of both countries, as long as China may – or may not – potentially devalue its currency drastically, or expand or contract its debt in US holding companies, is a horizon that, for Marcelli and Tan, will not there are signs that it may appear. “The economic and financial ties between both markets are more than considerable in size and value to foresee that they could generate an onslaught in the markets after the Great Pandemic.” The dollar – they clarify – will not lose its world hegemony as a reserve currency, although the yuan will be more powerful. What will make it attractive, they explain, to invest in Chinese assets.

7.- Geopolitics. It is, without a doubt, the biggest investment handicap on Wall Street. Because it can accelerate or pace the timing of investments. More or less realistic threats that may come from tensions on human rights in China or its territorial claims in the South Sea of ​​its territory or, to a lesser extent, from an invasion or interventionist action in Taiwan. For what “it is convenient to go to safe haven currencies such as the Swiss franc or the yen, as well as gold”, they clarify for more insightful and less optimistic investors.