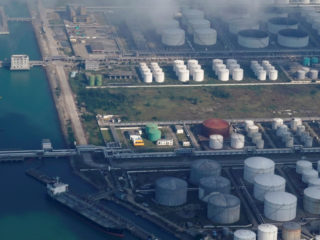 Saudi Arabia was the largest supplier of crude to China, despite shipments from the Arab country to the world’s top oil importer falling 19% last month amid declining global imports, informs Reuters.

According to official customs data, China registered zero arrivals from Iran and Venezuela, countries sanctioned by the United States. However, Reuters reported that Iranian oil continued to enter the Asian country, disguised as crude from other countries including the United Arab Emirates.

Amid rising world oil prices, China decided to curb crude purchases in the second quarter, which in the first quarter fell for the first time since 2013.

Although in the first half of 2021, imports from the main importer of crude oil they ascended At 260.66 million tonnes, which was driven by large purchases from independent refineries, in the second quarter purchases fell almost 13% due to the constant rise in world prices.