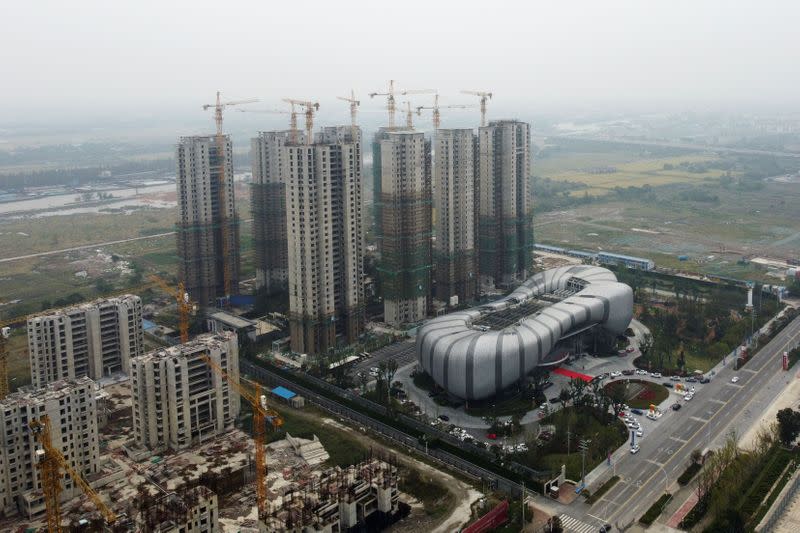 BEIJING, Oct 24 (Reuters) – China real estate company Evergrande Group said on Sunday it had resumed work on more than 10 projects in six cities, including Shenzhen, a communication that comes after it appeared late last week to avoid the default on a bond coupon payment.

Evergrande, mired in deep crisis with more than $ 300 billion in liabilities, has not disclosed how many of its 1,300 real estate projects across China it has had to shut down.

The company said on August 31 that some projects had been suspended due to delays in payment to suppliers and contractors and that it was in negotiations to resume construction.

On Sunday, he said in a post on his Wechat account that some of the projects on which he had resumed work had entered the interior decoration phase, while construction on other buildings had been completed.

Evergrande added that its efforts to secure construction would bolster market confidence and included several photos of workers on different projects, with the time and date superimposed.

China’s second-largest real estate developer also promised prospective buyers last month that it would finish construction on their homes, saying that construction work on one of the world’s largest soccer stadiums, in the southern city of Guangzhou, was progressing as planned.

Evergrande’s woes have hit the entire $ 5 trillion Chinese real estate sector, which accounts for a quarter of the economy by some measures, with a series of announcements of defaults, downgrades and falling corporate bonds.

The debt crisis is also being watched by global financial markets, which are concerned about broader contagion.