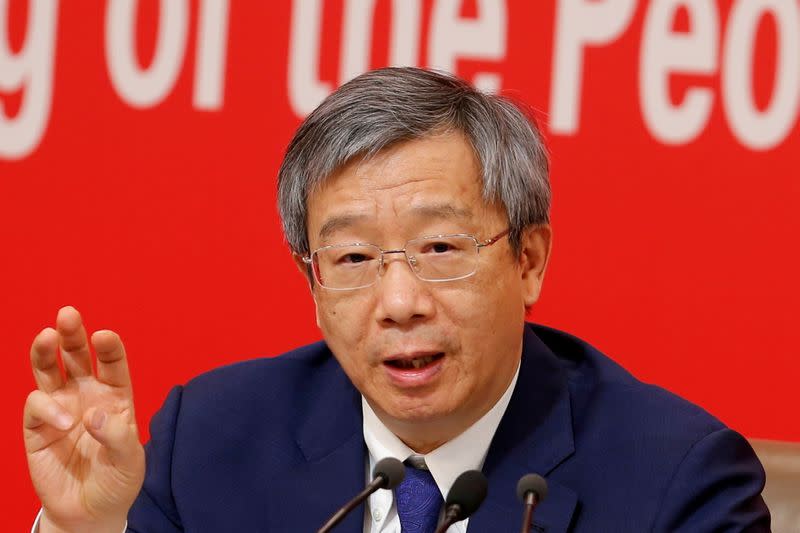 Oct 17 (Reuters) – The Chinese economy is “doing well” but faces challenges such as the risk of default by certain companies due to “mismanagement,” People’s Bank of China (BPC) Governor Yi said on Sunday. Gang.

In recent weeks, concern has grown over the possible collapse of real estate developer China Evergrande Group, which has more than $ 300 billion in liabilities and has defaulted on three rounds of interest payments on its dollar bonds.

As the company grapples with its debt, concerns have intensified over possible contagion of credit risk from Chinese real estate to the broader economy.

Yi Gang said that the default risks of some companies and the operational difficulties of small and medium-sized banks are some of the challenges for the Chinese economy, and that the authorities are closely monitoring “so that they do not become systemic risks.”

Although growth has moderated due to a sporadic increase in coronavirus infections, the Chinese economy is expected to grow 8% this year, Yi said at an online meeting of the Group of 30 International Banking Seminar, which coincides with the annual meetings of the International Monetary Fund and the World Bank.

Authorities will first try to prevent Evergrande’s problems from spilling over to other real estate companies to avoid broader systemic risk, he added.

The crisis at Evergrande and other large homebuilders sent the debt market risk premiums of weaker Chinese companies to a record high last week and triggered a new round of credit rating downgrades.

“The interest of creditors and shareholders will be fully respected in accordance with the law,” Yi said. “The law has clearly indicated the priority of liabilities.”