Home
World
China Is “The World’s Greatest Jailer” Against The Press, According To Reporters Without Borders | International

China Is “The World’s Greatest Jailer” Against The Press, According To Reporters Without Borders | International 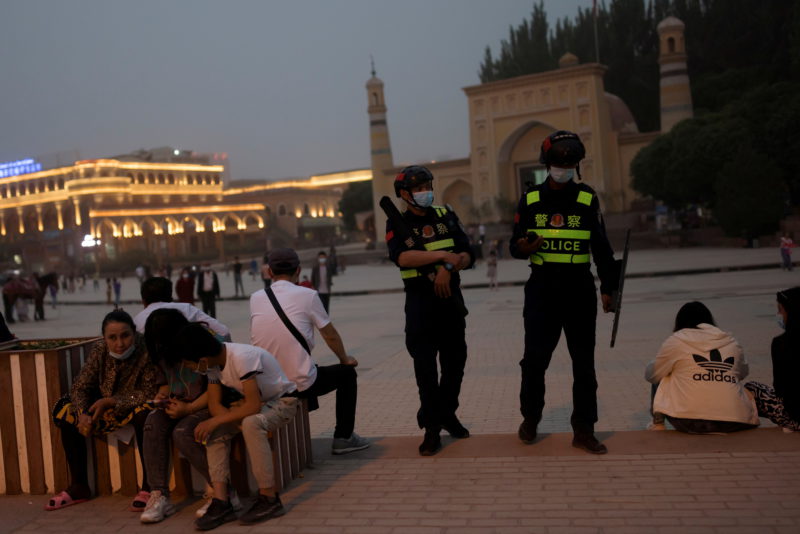 At least 127 journalists remain in detention in China, including 71 Uighurs, and 18 foreign correspondents were expelled last year. A dozen reporters, professionals or not, were arrested while covering the start of the covid pandemic in the city of Wuhan also in 2020. The Asian giant is “the largest jailer of journalists in the world,” according to the organization Reporters Without Borders , which accuses the Chinese government of carrying out an “unprecedented campaign of repression” against journalism and the right to information around the world.

In a report titled The great leap back for journalism in China, published this week, RSF details Beijing’s strategy to control access to information both inside and outside its borders, analyzes “the tools of repression against journalists” used by Beijing and denounces the serious setback in press freedom in Hong Kong.

The autonomous territory occupies the 80th position in 2021 in the world index of press freedom compiled each year by the organization based in Paris. When RSF began compiling that list in 2002, Hong Kong, traditionally considered a bastion of free speech, ranked 18th.

For its part, China ranks 177th, or fourth from the bottom, with only Turkmenistan, North Korea and Eritrea behind.

“If China continues its frenzied backsliding, Chinese citizens may lose hope of seeing a day when press freedom is established in their country, and the Beijing regime may succeed in imposing its anti-model inside and outside of their country. ”, Declared the general secretary of the NGO, Christophe Deloire. The executive calls on democracies to “identify all appropriate strategies to dissuade Beijing from continuing its repressive policies, and support all Chinese citizens who love their country and want to defend the right to information.”

Precisely, this week the United States and Australia have announced a diplomatic boycott of the 2022 Winter Olympics, which will open in Beijing on February 4, as a protest against what they consider intolerable violations of the human rights of the Uighur minority in the Xinjiang region and a serious cut in freedoms in Hong Kong. China says, for its part, that the allegations of mistreatment of Uighurs and other Muslim ethnic groups are “the biggest lie of the century.”

In its report, RSF denounces that for Chinese reporters, the simple possibility of undertaking a journalistic investigation represents a taboo, and publishing unwanted information due to censorship can cost them years in prison in “unhealthy prisons, where mistreatment can lead to death” . The prohibited subjects are more and more numerous; not only those traditionally considered “delicate”, such as Tibet, Taiwan or corruption, but also some natural disasters, the #MeToo movement to report sexual abuse, or “even the recognition of health professionals during the COVID crisis ”, Says the organization.

Intimidation of foreign correspondents, for which China resorts to surveillance and “visa blackmail,” “forced 18 of them to leave the country in 2020.” Three journalists of foreign passport and Chinese descent, the Swede-Hong Kong Gui Minhai, and the Australians Yang Hengjun and Cheng Lei, are being detained on espionage charges.

At least 10 journalists and bloggers were also detained for informing the public about the covid crisis in Wuhan. Two of them remain under arrest, Fang Bin and Zhang Zhan. The latter is on a hunger strike and her poor health makes her fear for her life, according to various human rights organizations.

The report pays special attention to the situation in Xinjiang, in northwest China. There, Beijing “has been conducting a violent campaign against the Uyghurs since 2016, in the name of the fight against terrorism.” As part of that campaign, at least 71 ethnic Uighur journalists are in custody, more than half of the total number of reporters arrested nationwide.

In Hong Kong, the National Security Law that China imposed on the enclave last year “has served as a pretext for the repression of at least a dozen journalists and defenders of press freedom, including the founder of (the newspaper) Apple Daily”. All of them face the possibility of life sentences; Apple Daily it was forced to shut down, while censorship has begun against the public broadcaster, RTHK.

Outside of China, Chinese state television CGTN continues to distribute “regime propaganda around the world” despite having its license to broadcast in the UK withdrawn after broadcasting numerous confessions from detainees, the report said. Reporters Without Borders also accuses the Beijing Embassies abroad of representing a “source of pressure against freedom of information in democracies.” The organization cites as an example the Chinese ambassador in Paris, Lu Shaye, who “frequently insults and attacks independent journalists.”