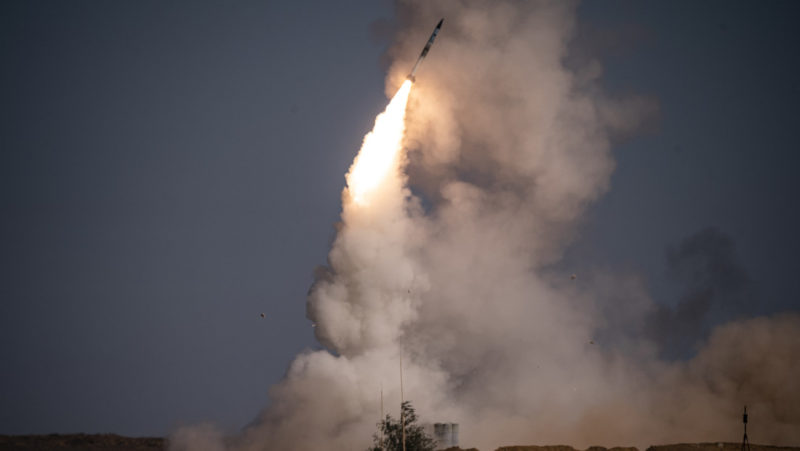 A team of Chinese scientists is developing a hypersonic weapon, which generates an intense electromagnetic pulse, capable of destroy communication and power lines. It would have a range of 3,000 kilometers, roughly the distance between the central parts of China and Japan. It is estimated that, when flying at six times the speed of sound, it would cover the distance in about 25 minutes (under the conditions in which the speed of sound in the Earth’s atmosphere at 20 ° C temperature, 50% humidity and level from the sea, is 1,235.52 km / h).

Unlike ballistic missiles, the invention would stay within Earth’s atmosphere to bypass space-based early warning systems, while using active stealth technology to avoid being detected by ground radarsexplained the group, led by engineer Sun Zheng of the Chinese Academy of Launch Vehicle Technology in Beijing, pick up South China Morning Post.

In addition, the scientists noted that when the weapon explodes over a target area, there will be no lives in danger. Rather, the strong electromagnetic waves produced “would cause the effective burning of key electronic devices in the target’s information network in a range of 2 kilometers,” reads an article, recently published in the journal Tactical Missile Technology, quoted the medium.

How will you remain invisible to the enemy?

According to the researchers, one of the main advantages of its technology is that the enemy would not know that it is on its way. When an object travels through air at hypervelocity, the air molecules are ionized by the heat and form a thin layer of plasma on the surface of the object. The plasma layer can absorb radar signals, but not all. To achieve total concealment, the new weapon would convert ambient heat into electricity, and it would use that electricity to power numerous plasma generators located in different areas of the missile body.

Also instead of having a nuclear warhead, like ancient weapons, to generate the pulse energy, the invention would use chemical explosives. The chemical explosion would compress an electrically charged magnet, known as a ‘flux compression generator’, which would convert shock energy into short bursts, but extremely powerful microwave.

How will you get hypersonic speed?

They pointed out that, to achieve the necessary light weight for hypersonic speed, the weapon would not carry any batteries. Instead, would use supercapacitors with a power density 20 times higher than that of batteries. These capacitors would be charged on the fly, using power from the heat generator to electricity.

“Can release 95% of energy in just 10 seconds, allowing instant discharge to cause electromagnetic pulse damage, “the scientific team noted.” The energy regeneration-based active stealth electromagnetic pulse weapon conforms to the current development trend of rapid warfare, confrontation strong and damage information in all dimensions, “they added.

Currently, the weapon is still in the conceptual phase. However, the researchers are confident that “with the continued emergence of test equipment and technology, it will play a critical role” in China’s next-generation weapons systems.