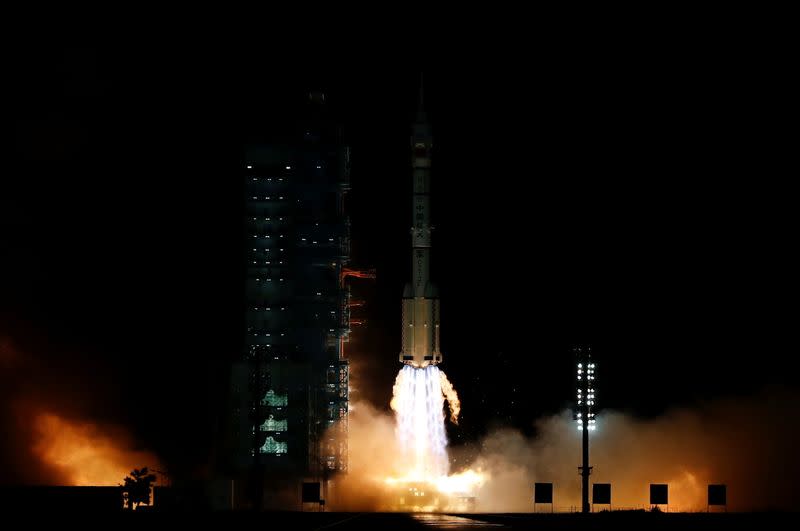 JIUQUAN, China, Oct 16 (Reuters) – China on Saturday launched a rocket carrying three astronauts, including a woman, into the central module of a future space station where they will live and work for six months, the longest time in orbit for Chinese cosmonauts.

A Long March-2F rocket carrying Shenzhou-13, or “divine ship” in Chinese, took off from the Jiuquan Satellite Launch Center in northwestern Gansu province at 1623 GMT on Friday.

China began construction of the space station in April with the launch of Tianhe, the first and largest of the three station modules, slightly larger than a city bus and the completed space station housing.

Shenzhou-13 is the second of four manned missions required to complete the space station by the end of 2022. During the first manned mission, which concluded in September, three other astronauts stayed in Tianhe for 90 days.

In the latest mission, the astronauts will carry out tests of key technologies and robotics at Tianhe needed to assemble the space station, verify life support systems on board, in addition to various science experiments.

The mission commander is Zhai Zhigang, 55, from the first batch of Chinese astronauts in the late 1990s.

Born into a rural family of six children, Zhai undertook China’s first spacewalk in 2008. Shenzhou-13 is his second space mission.

“The most difficult task will be the prolonged stay in orbit for six months,” Zhai told a news conference on Thursday. “It will demand more of us, both physically and psychologically.”

Zhai is accompanied by Wang Yaping, 41, and Ye Guangfu, 41. Wang, the mother of a five-year-old boy, was born into a rural family like Zhai.