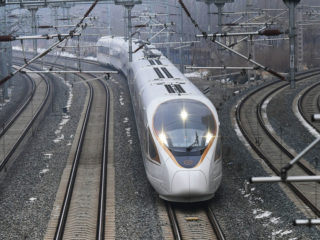 The Ministry of Transport and the Ministry of Science and Technology of China presented on Monday a plan to strengthen the research and development of cutting-edge and disruptive technologies in the transport sector and carry out studies of new types of vehicles such as ultra-fast trains and airplanes. commercial, informs the Global Times newspaper.

The plan focuses on establishing a scientific and technological innovation system to turn China into a country with strong transportation networks by 2025.

On the other hand, by 2035, it is expected that there will be an absolute improvement in the capacity for innovation in basic transport research and that key technologies can be developed independently of other countries. In addition, cutting-edge technologies will be fully integrated with the transportation sector and an innovative system will be established that meets the country’s needs, focusing on advances in components such as power, perception and control of vehicles, communication equipment and navigation, as well as emergency rescue teams.

China also aims to overcome technology barriers in industries such as airworthiness and saturation deep diving.

As part of the plan, the company China Aerospace Science and Industry Corp began an investigation on ultra-fast trains in August 2017 and it is expected that in the coming years trains capable of exceeding 1,000 kilometers per hour will be manufactured.