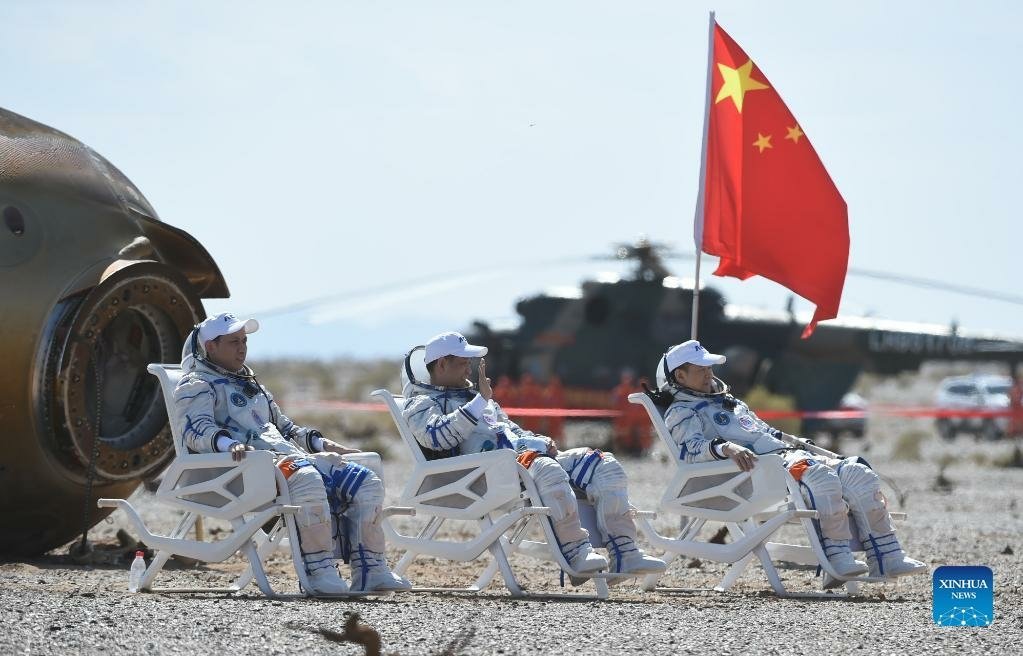 China’s astronauts back on earth after three months in space

After China’s longest manned space mission to date, three astronauts have landed back on earth. The return capsule of the spaceship “Shenzhou 12” (Magic Ship) was slowed down by a large parachute and finally touched down on Friday in the Gobi desert in northern China, as shown on live images from the state broadcaster CCTV.

Astronauts Nie Haisheng, Liu Boming and Tang Hongbo took off from Earth on June 17th and spent three months in space – a record for Taikonauts.

CCTV showed images of rescue teams rushing to the landing site in off-road vehicles and helicopters to help the astronauts out of the capsule. “I want to tell my parents that I’m back. In good health and in a good mood. Everything is great!” Tang Hongbo said into the television cameras, while he and his two astronaut colleagues were relaxing on white chairs in front of the capsule.

“With China’s growing strength and the rising level of Chinese technology, I firmly believe that there will be more Chinese astronauts in the future who will make breakthroughs and set new records,” said Mission Commander Nie Haisheng.

The team spent a large part of their trip in the “Tiangong” (Heavenly Palace) space station that is currently under construction, which so far only consists of the “Tianhe” (Heavenly Harmony) module and should be completed by 2022. Until then, China wants to bring two laboratory modules, each weighing a good 20 tons, into space. The next crew is expected to leave for the new station in October. Before that, another cargo flight with material is planned for the coming week.

If the international space station ISS goes out of operation as planned in the next few years, China would be the only country that still operates a permanent outpost in space. Chinese astronauts were not allowed to participate in missions on the ISS at the urging of the USA.

China is pushing ahead with its ambitious space program. After several successful flights to the moon, the People’s Republic only brought the “Zhurong” rover to Mars in mid-May. The People’s Republic is the first nation to manage this maneuver on its first flight to the Red Planet. In the medium term, China also wants to send people to the moon.