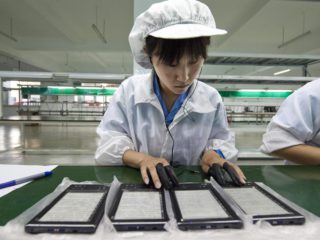 Beijing, Sep 15 (EFE) .- China’s industrial production grew by 5.3% year-on-year in August, below the forecasts of analysts – who predicted 5.8% – and the data of the previous month (6, 4%), reported today the National Statistical Office (ONE).

Despite being the sixth consecutive month of slowdown and the lowest mark in the last 12 months, the data points to the recovery of industrial production in the Asian country, albeit at a slower pace.

Among the three main categories in which the ONE divides the indicator, the growth of the electricity, heating, gas and water production and supply industry stands out, which increased by 6.3% in August (compared to 13.2% in July).

In the year-on-year comparison of the 41 industrial subsectors in which the ONE subdivides the statistics, the source indicated that 34 experienced an increase in their activity in the eighth month of the year.

Among the products whose manufacturing advanced the most, vehicles powered by new energies (151.9%), industrial machinery (57.4%) and integrated circuits (39.4%) stand out.

The ONE also released other indicators today, such as retail sales, important data for measuring local consumer demand and one of the pillars of the change in the economic model advocated by Beijing.

This section registered an increase of 2.5% year-on-year in August – compared to 8.5% the previous month – although the consensus of analysts was that it would reach 7%.

On the other hand, investment in fixed assets increased to 8.9% in the accumulated of the first eight months of the year, according to ONE.