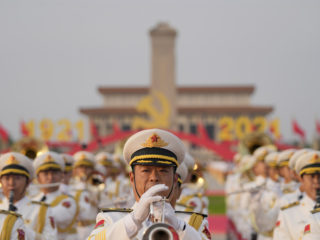 Combat and anti-submarine aircraft, along with Chinese warships, conducted assault exercises near Taiwan on Tuesday. The Army said they were necessary to protect China’s sovereignty, reports AP.

The Asian giant has increased military exercises around Taiwan, a territory that jealously defends its autonomy but Beijing considers its own territory.

The assault exercises were carried out in waters located to the southwest and southeast of the island. Taiwan’s Defense Ministry said in a statement that this comprised actions in the sea and in the air and that it was prepared to respond in each case.

In June, 28 Chinese war jets flew in the direction of Taiwan. Last week, US and Taiwanese Coast Guard officials met to discuss cooperation and communications.

The United States announced plans to sell 40 howitzers to Taiwan, a $ 750 million which sparked an energetic protest from Beijing.

Washington maintains only informal relations with Taiwan, but it is its main arms supplier and its closest political ally. It has promoted ties with the Taiwanese government as its relations with China deteriorate.