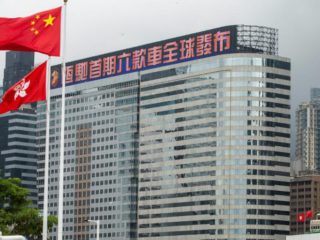 The Chinese real estate giant Evergrande acknowledged on Tuesday that it is under “tremendous pressure”, although on the eve it insisted that it will avoid a bankruptcy that many consider could be very harmful for the second world economy.

The Hong Kong-listed real estate developer is drowning in a mountain of obligations exceeding $ 300 billion after years of borrowing to finance rapid growth.

In a statement to the Hong Kong stock exchange, Evergrande explained that it had hired financial advisers to explore “all viable solutions” to solve its lack of liquidity and warned that it could not guarantee the fulfillment of its obligations.

The group assured that “negative news in the media” has caused “the continued deterioration in obtaining liquidity for the group which, in turn, places enormous pressure on the cash flow and liquidity” of the company.

The group’s shares fell 9% on Tuesday and, since the beginning of the year, have accumulated a depreciation of almost 80%.

Two credit bureaus downgraded its debt rating last week and its share value is at 2009 levels amid speculation about a possible collapse.

On Monday, with some nervous investors protesting in front of its headquarters in Shenzhen, South China, Evergrande acknowledged that it faces “unprecedented difficulties” but denied rumors of a bankruptcy.

An estimate from Capital Economics indicates that Evergrande was committed to completion of 1.4 million properties by the end of June.

– A great challenge for China –