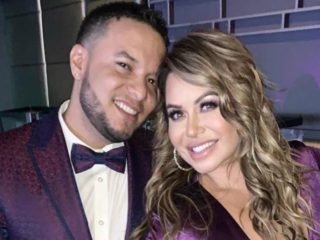 It has been more than 8 months since Chiquis Rivera placeholder image filed a divorce lawsuit against Lorenzo Méndez and very little is known about this legal separation. Given these doubts, the singer’s lawyer spoke with the program “Despierta América” ​​and clarified that the interpreter has not concluded the process.

In conversation with journalist Luis Sandoval, lawyer Nina Gohari explained if there is any legal dispute for maintenance or some type of financial compensation that is stopping the divorce process.

Gohari confirmed that Rivera’s divorce process with the former vocalist of “La Original Banda El Limón” has not been completed because Lorenzo Méndez’s legal team failed to deliver the documentation necessary to advance the legal process in a timely manner. .

“The parties agreed and approved a separation agreement that was finalized in April, Mr. Méndez’s lawyer, for months, promised to deliver the documents that were missing to finalize the divorce”revealed the law woman.

Chiquis Rivera’s lawyer clarified that it is due to a prenuptial agreement that there is no discussion that has to do with economics and that in this case “Each one takes what is due to him and what he had before marriage.”

Nina Gohari also revealed how important it is for her client and her legal team to speak about this situation to the media.

“We understand that Mr. Méndez has told the media that the parties had sought to reconcile, which is absolutely false. There has been no attempt at reconciliation. My client, since the case began, has said that there is no possibility or intention of reconciliation and has continued in that decision all the time, so I do not know what the intention of Mr. Lorenzo Méndez’s lawyer is to delay this case “he explained.

As it is recalled, in September 2020, the singer announced her final break with Lorenzo Méndez and a month later began the legal process to dissolve their union after one year and two months of marriage.

On October 19, he filed for divorce in Los Angeles Superior Court for “Irreconcilable differences.”