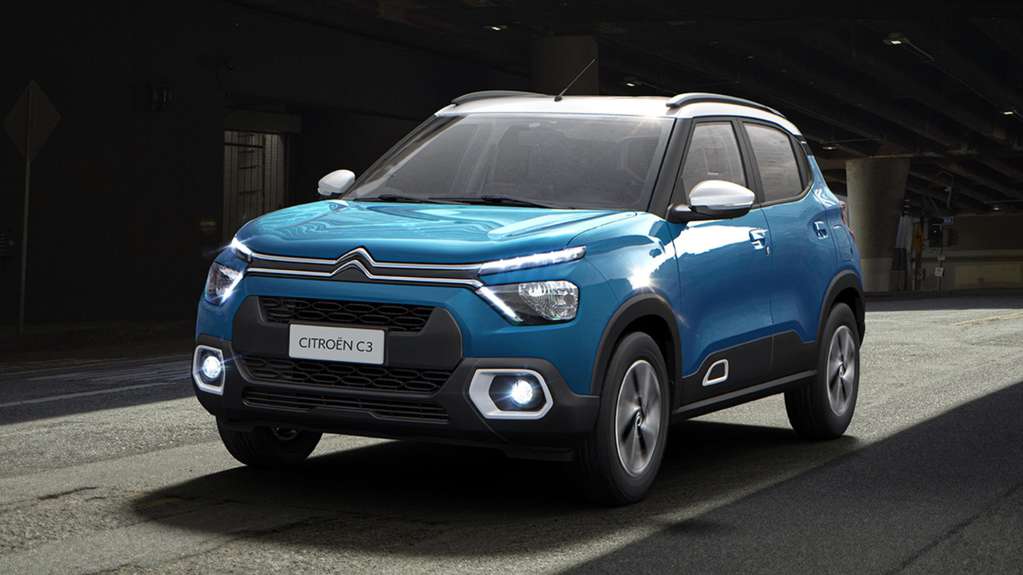 Citroën presented the new C3 that will arrive in Argentina in 2022: it has a raised body and looks like an SUV

Citroën introduced the new generation of the C3, which has important new features in terms of design, equipment and motorization. And confirmed that to dealerships in Argentina will arrive sometime in 2022, still no exact date confirmed.

The car was unveiled in the framework of an international virtual event attended by TN Records and other media in South America, Asia, the Middle East, Africa and China, the regions in which it will be produced. As up to now, Argentina will arrive imported from Brazil, the country in charge of distribution in the region.

Citroën defined it as “A hatchback with a modern and robust style”, since it leaves behind the rounded format of the previous model and incorporates an “off-road” type silhouette. From the brand they recognize that for their development they were inspired by the SUV.

With less than 4 meters long (3.98 meters), the new C3 is distinguished by a raised position of the bonnet and a grille faithful to the style of the latest releases of the brand, such as the European C4 and C5 X, which gives it a feeling of greater width. The main optical assembly is divided into two levels, which are joined by the chrome slats of the grille with the double chevron.

The new generation bonnet “deliberately slopes sharply” in order to ensure good visibility. Citroën considers it “useful when it comes to heavy traffic in big cities in India or South America”.

The brand highlights that “its SUV attributes” include an elevated driving position. “In fact, it is one of the highest in the segment,” they say from Citroën. And it clarifies that the aesthetic configuration may vary depending on the region, although the style of the car itself will be the same for all markets.

To move away from the traditional hatchback concept and turn it into something of an SUV, Citroën equipped it with large wheels (635mm), a remarkable ground clearance (180 mm) and short overhangs to cope with road angles and avoid damaging the front bumper. In turn, he put black wheel arches and roof bars that increase the height of the vehicle.

“The angle of attack (at the front) and the angle of departure (at the rear), between the ground and the overhangs of the vehicle, have been carefully studied and the bodywork has been adjusted to prevent it from touching the ground in case of steep slope, rough surface or obstacle in the way”, Says the statement from the automaker.

In South America it will be sold with the white or black ceiling for the two-color options (it will not be available in orange), while the bodywork will be available in ice white, pearl black, graphite gray, chrome gray and blue (photos).

The wheelbase is 2.54 meters, with which Citroën promises “An impressive interior space”. In the rear seats there is 653 mm of legroom. In the front, there are 1418 mm for the elbows and 991 mm for the head.

The trunk has 315 liters of capacity and inside there is 1 liter in the glove compartment, 4 liters in the storage spaces of the front and rear doors, two front cup holders, a storage compartment in the center console and two rear cup holders that can become smartphone holders.

Equip a 10-inch central touch screen for the infotainment system compatible with Android Auto and Apple CarPlay. It also has fast-charging USB sockets (one at the front and two at the back) and a 12-volt socket.

The prices of the new C3 for Argentina will be confirmed at launch, but Citroën anticipated that it will be “At the forefront of the segment in terms of value for money”. “It has been optimized down to the last square centimeter to include as many functions as possible in the machining of the parts, while minimizing the price of the vehicle,” the statement said.