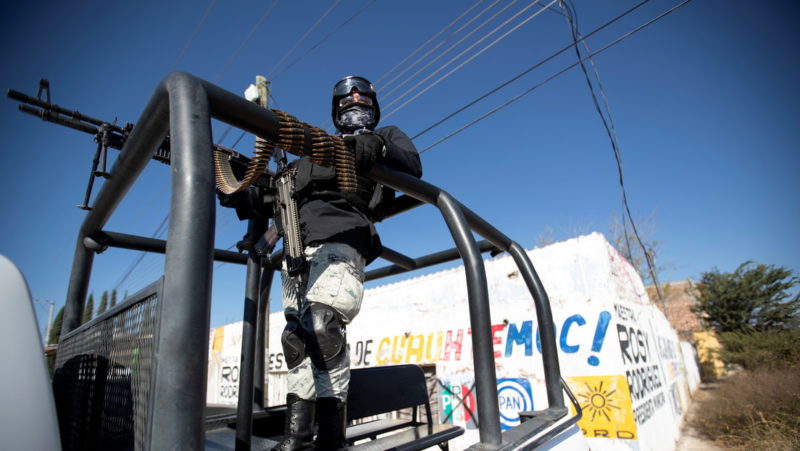 Violence continues to plague the Mexican state of Zacatecas, despite the deployment of more elements of the National Guard and the Secretariat of National Defense (Sedena) in the state, as part of a new federal government strategy to reinforce security.

The violent incidents occurred in Valparaíso, a Zacatecan municipality bordering the states of Durango, Nayarit and Jalisco. The prosecution detailed that the first “event” occurred on a dirt road that connects the community of San Martín de la Palma with Peñitas de Oriente.

The agency did not detail the number of victims or the participants of this first violent event. However, the FGJE reported on its social networks that a second incident was recorded on another road that leads to the Florida community. “Elements of the National Guard” and the Mexican Army participated in these events.

“Of these events it is reported a balance of 8 people without life, all of them men, whose bodies still remain as unidentified; motor vehicles and firearms were insured “, reported the State Attorney’s Office on Saturday 27.

Likewise, the Zacatecas Prosecutor’s Office opened an investigation folder for these events. At the moment, neither the National Guard nor the Secretariat of National Defense (Sedena) have issued any official position reporting on the clashes with armed groups.

In recent weeks, the population of Zacatecas has witnessed various atrocities registered in the territory, including the discovery on November 18, ten corpses, nine of them hung on a vehicular bridge in the municipality of Cuauhtémoc; and the location on Tuesday 23 eight bodies in three communities in Fresnillo.

In this violent context, the president of Mexico, Andrés Manuel López Obrador, and the head of the Sedena, General Luis Cresencio Sandoval González, visited Zacatecas last Thursday to announce a new plan to reinforce security, which will include the deployment of 250 members of the National Guard to assume control in nine municipalities that were left without police officers and the mobilization of 210 soldiers to 23 surveillance points in the entity.

In October, Zacatecas ranked fifth among the states with the most murders, with a rate of 142 intentional homicides per 100,000 inhabitants, which was almost twice the national average (72).

In addition, this entity ranked first in the country in extortion (with a rate of 68.49 complaints per 100,000 inhabitants) and third in kidnapping (6.04).