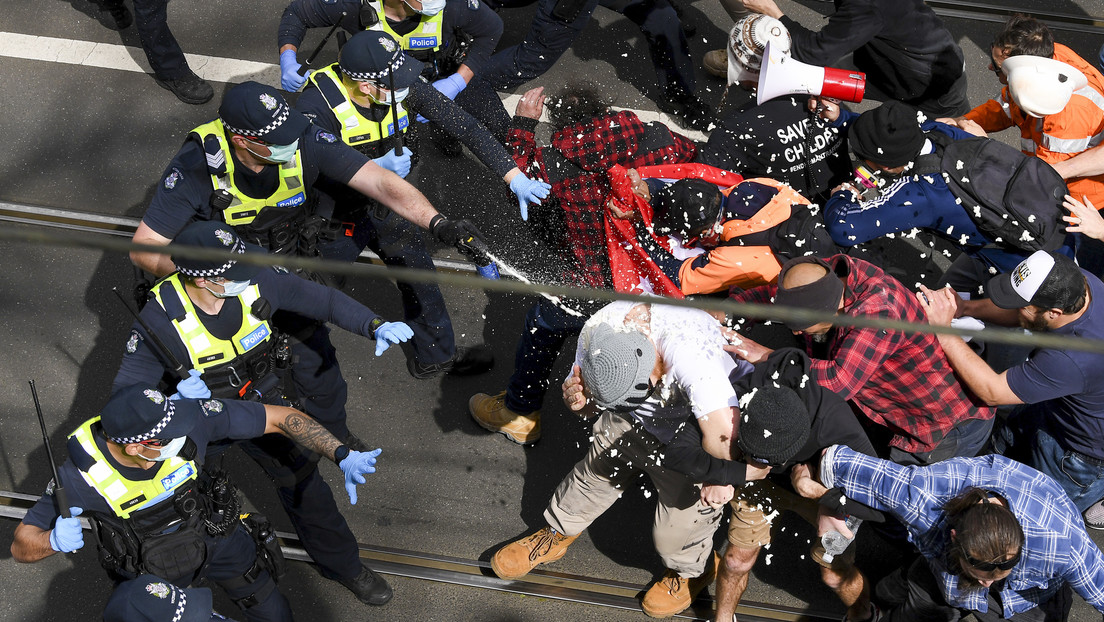 Clashes between the Australian Police and protesters against the blocking measures by covid-19 (VIDEOS, PHOTOS)

Melbourne (Australia) has been the scene this Saturday of clashes between protesters against the severe restrictions and blockade measures and the Police, who tried to prevent them from entering the city center.

Early on Saturday, Victoria Police established checkpoints and disrupted circulation to and from Melbourne’s Brisbane CBD district to keep protesters away from the center. However, the organizers of the protest changed the time and place of the rally, which was originally scheduled for 12:00 on Saturday, according to reported local media.

Protesters break through the police line, an officer gets assaulted and trampled by demonstrators, people are screaming and covered in capsicum spray @theagepic.twitter.com/qXX9lIAZRJ

The protesters gathered in the Richmond neighborhood to avoid the police, who were already blocking the way.

Images and videos shared on social media show some protesters throwing bottles and being chased by officers, who responded with pepper spray.

Hundreds of people, most of them without masks, marched through the center of the street with banners chanting slogans such as: “no more lockdown” or “remove Dan Andrews,” the prime minister of the state of Victoria.

In several aerial photographs, captured by local media, a massive police response can be seen, in which lines of riot control are seen blocking the way to a crowd of protesters.

#BREAKING: Anti-lockdown protesters in Melbourne are defying police warnings and are staging demonstrations in the city today.DETAILS: https://t.co/TpLfTEeJhH#9Newspic.twitter.com/lpeBvmNtdh