Coca-Cola is committed to a more sustainable and inclusive world 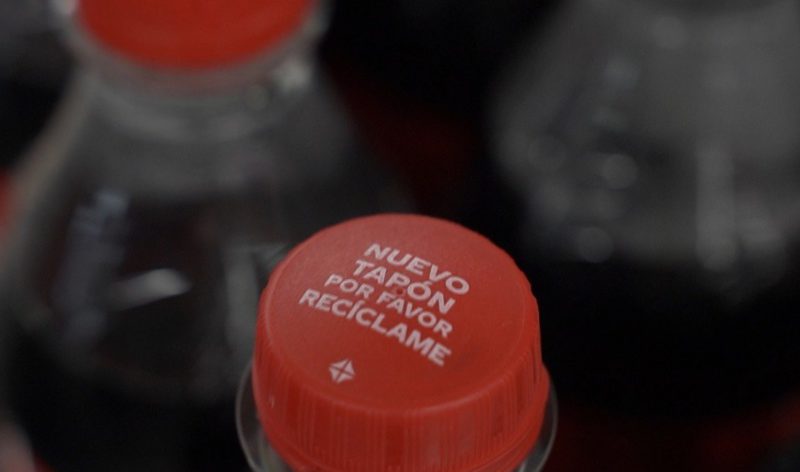 The containers are essential to ensure the correct state of a food when it comes to marketing and eating it. However, if not managed well, they can end up polluting nature. And that is where the commitments made by large companies such as Coca Cola. Rethink the design, manufacture and management of its packaging; or fighting to preserve water, an essential natural resource for the planet, are some of the axes on which this company works, globally and nationally.

In the international arena his project is called “A world without waste”, which in Western Europe materializes in “We advance”. Applying the circular economy throughout the packaging management process is one of the keys to this strategy. By 2030, Coca-Cola’s commitment to collect and recycle 100% of the containers that they put on the market, that 100% of these are recyclable and that their containers of PET are made from 50% recycled plastic.

In this line, lThe company has achieved that all its non-carbonated beverages in Spain and Portugal, including Aquarius, contain 50% recycled plastic. In addition, they also focus on the recovery of packaging thanks to the program of “Circular Seas”, with which they have already been collected more than 1,200 tons of waste since it started in 2018. This initiative aims to clean beaches and aquatic environments, raise awareness and support scientific research.

Another milestone of Coca Cola In its career to achieve sustainability, it was the presentation of the first bottle made with recycled plastic from marine litter, by the hand of Ioniqa Technologies, in 2019. In 2020, they launched together with the start-up PaBoCo (The Paper Bottle Company), the first prototype of a bottle made of paper, a renewable material, easy to recycle and biodegradable.

And in 2021 they took a further step in innovation, carrying out the first pilot test of caps attached to the bottle in Spain, an initiative that seeks to respond to the requirements of the European directive on single-use plastics, which will come into force in July 2024. This innovation allows the consumer to recycle the bottle together with the cap, avoiding its loss and the generation of waste. 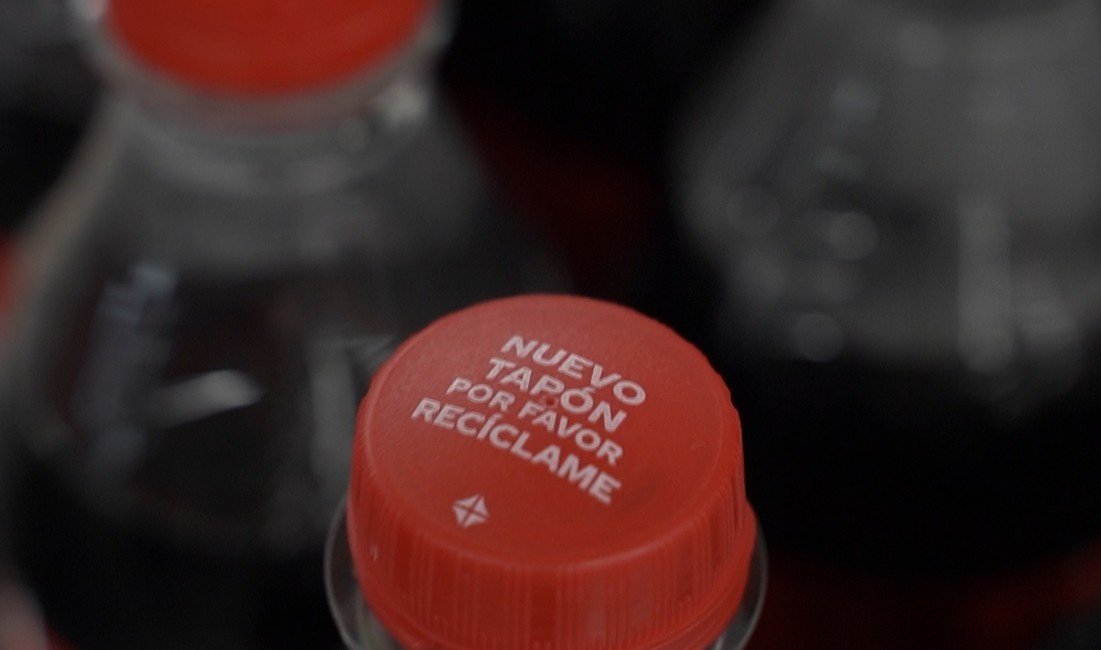 The bottle of the future

The purpose of Coca-Cola is to advance in the elimination of virgin material in the production of its containers, increasing more and more the amount of recycled material. In this sense, the bottle of the future will be a 100% recyclable bottle, made with recycled or renewable material, lighter, monomaterial and with sustainable improvements -such as the cap attached to the PET bottle to ensure better recycling-. 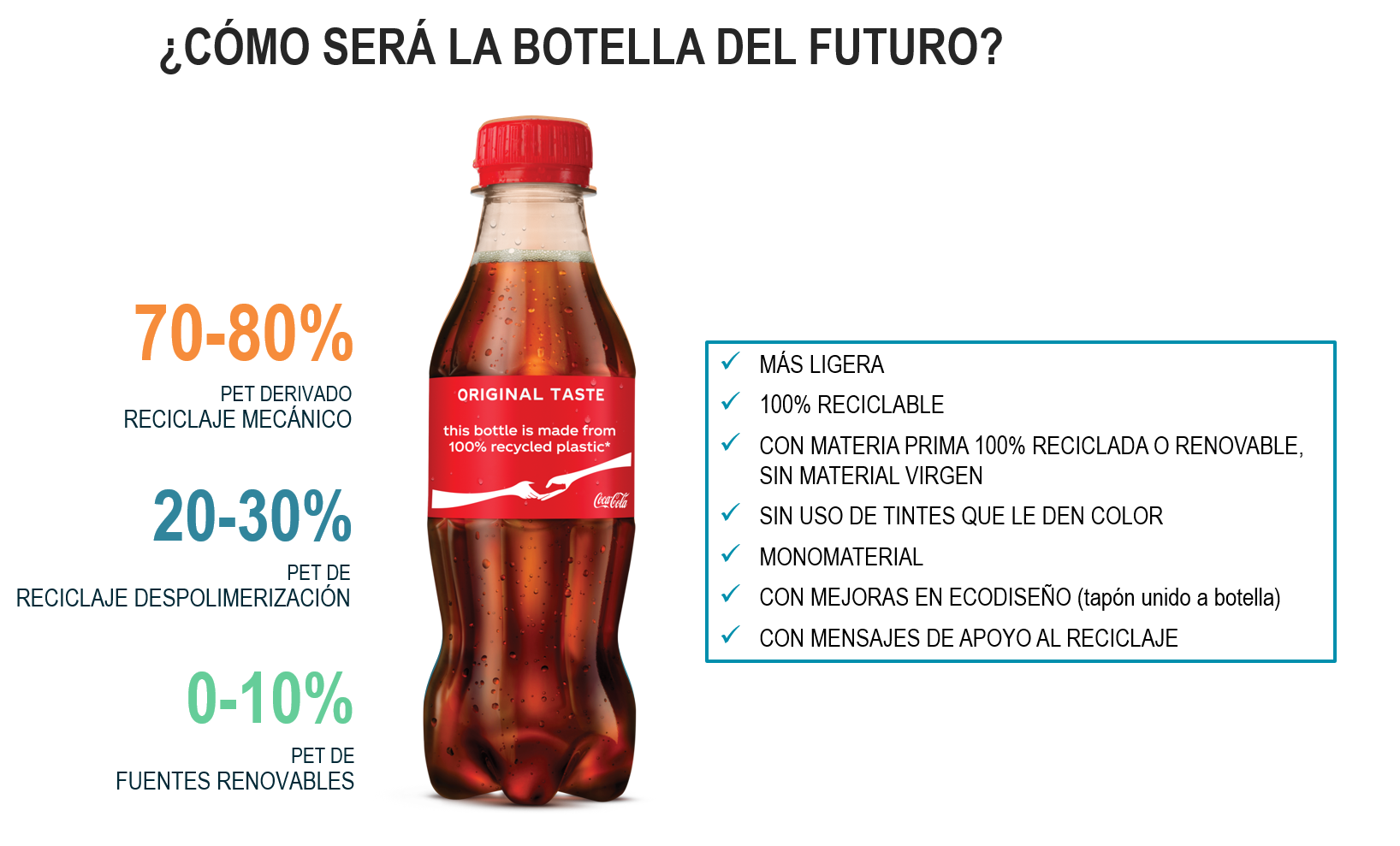 The fight against climate change

Climate change is a reality and a global challenge that requires companies to take measures to reduce greenhouse gas emissions. In this sense, Coca-Cola is committed to becoming a carbon neutral company by 2040. And thus, for years they have taken measures to reduce GHG emissions throughout their value chain, from obtaining the ingredients of their beverages, the manufacture of their containers and the final sale.

In the last decade, The company has reduced GHG emissions in its value chain by 44.8%. On this path towards decarbonisation, they have set the goal of reducing their emissions by 30% by 2030, in line with the Paris agreement to limit global warming to 1.5 ° C.

Water is essential for people, the health of ecosystems and the planet. But it is also the main ingredient in Coca-Cola drinks. In this sense, The company achieved a reduction in water resources at a ratio of 1.81 liters per liter of final product, in 2020.

Overall, Coca-Cola has reduced water consumption by 16.67%, compared to 2010. Also, in 2020, through local projects with ecological value, they managed to return 3,642 million liters of water to nature , which is equivalent to 149% of the water contained in beverages marketed in Spain. 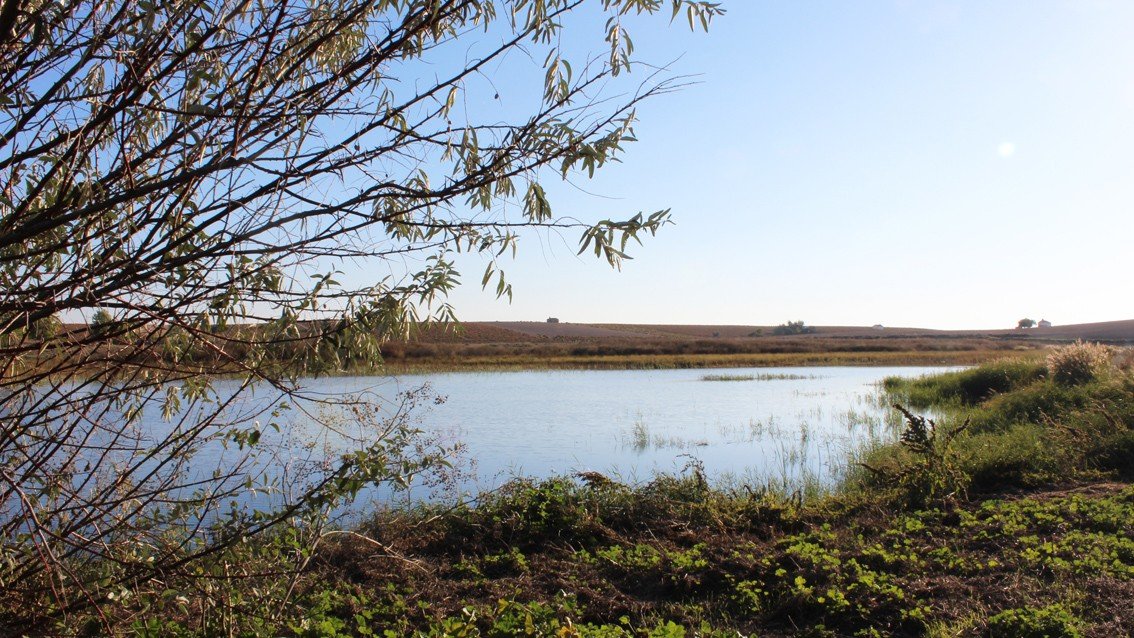 “We support the WHO recommendation to limit the intake of added sugars per day to less than 10%,” he says. James Quincey, CEO The Coca-Cola Company. The company has made a commitment, at a European level, that low-calorie and zero options represent 50% of its business volume by 2025 in Europe. A target exceeded in Spain in 2020, when they reached 63% of sales in sugar-free beverages.

Another key piece of information is that 90% of Coca-Cola’s marketing investment in Europe during 2019, promoted zero or low calorie options. And practically 100% of its products offer clear and transparent information on the labeling about their caloric, energy and macronutrient content.

Commitment to the community

Coca-Cola is also committed to female talent to reduce the gender gap through the “Gira Mujeres” program, in which more than 18,000 have participated, in the hands of organizations such as Fundación Mujer, Dona Activa Forum, Alma Natura or Impact Hub Madrid. But the company also has a great commitment to young people, either by challenging their creativity when writing (Young Talent Contest), through theater (Buero Awards) or with programs aimed at professional training and job placement for boys and girls. girls between 16 and 26 years old with fewer opportunities (Youth Tour).