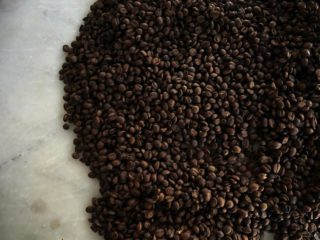 Sao Paulo, Sep 13 (EFE) .- Brazil, the largest producer and supplier of coffee in the world, exported 2.6 million bags (60 kilos) of the grain in August, a volume 25% lower than in the same period of the year. the previous year due to transport logistics problems, the sector’s employers’ association reported on Tuesday.

The drop in exports responds to logistical problems in maritime transport, a “structural issue that goes beyond the borders of Brazil and the product,” according to the president of Cecafé, Nicolas Rueda.

“This serious operational crisis generated a surge in the value of freight, constant cancellations in the spaces of the containers of the ships, difficulty for new reservations and dispute of containers and places in the ships,” he added.

According to Cecafé’s calculations, logistical problems caused Brazil to stop exporting about 3.5 million bags between May and August 2021, which, considering the prices of shipments, meant that exporters stopped entering about 500 million of dollars.

Between January and August, the main destination for Brazilian coffee continued to be the United States, with 4.9 million bags purchased; followed by Germany (4.58 million), Belgium (1.84 million), Italy (1.82 million) and Japan (1.56 million).

Cecafé highlighted that Colombia was the seventh country that imported the most coffee between January and August 2021, despite being the third largest global producer of the bean.

The neighboring country purchased 744,833 bags in the period, an increase of 79.7% over the same period of the previous year. Of the total, 700,000 bags were of in natura coffee, which is used for internal consumption or industrialization of commercialized coffee.