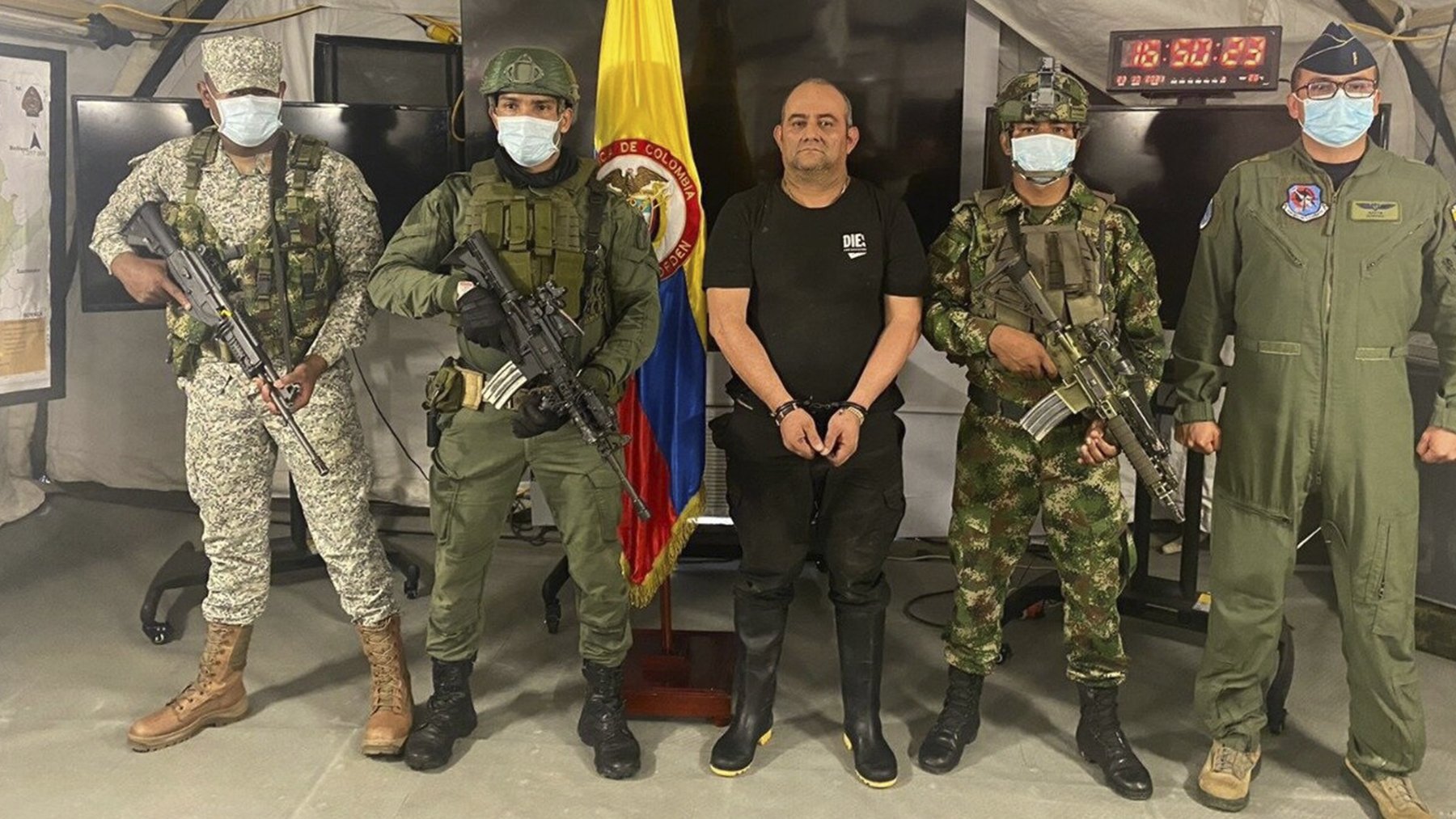 The president of Colombia, Iván Duque, was euphoric at the press conference in which he announced the capture of Dairo Antonio Úsuga, alias Otoniel, leader of the Clan del Golfo and considered the most dangerous and wanted drug trafficker since Pablo Escobar. “The most important blow in this century” against drug trafficking, said the Colombian president.

The head of Otoniel -ex-guerrilla turned drug trafficker- was worth five million dollars (more than 4 million euros) for the all-powerful US DEA. An extradition order from the United States also weighed on him. The eagerness to collect the piece was such that units of the Army, the National Police and the Air Force, deployed in the Urabá region, in Antioquia, have participated in the operation and have had the help of the Intelligence services. of Americans and British.

Otoniel He was part of the guerrilla of the Popular Liberation Army (EPL) but left his arms after the group’s demobilization in 1991. Before dedicating himself to drug trafficking, he was a member of the extreme right-wing paramilitaries of the United Self-Defense Forces of Colombia (AUC).

Together with his brother Juan de Dios Úsuga (alias Giovanny, killed in 2012 in a police operation), was the leader of the Bloque Centauros, which operated in the Eastern Plains of Colombia, in the east of the country, before laying down his arms again during the massive demobilizations of paramilitaries promoted by then-President Álvaro Uribe.

After this new installment, Otoniel joined the nascent AUC, promoted by drug trafficker Daniel Rendón Herrera (alias Don Mario, who was also part of the AUC, and was arrested in 2009 in the municipality of Necoclí), of whom he and his brother were a lieutenant.

Its fall allowed the Úsuga brothers to take control of one of the largest drug trafficking gangs in Colombia, with influence in the departments of Antioquia and Chocó (northwest), and which also obtains resources from illegal mining and trafficking networks. of people. The death of Giovanny leave it to Otoniel at the top of a criminal organization that, according to the Colombian Police, has about 3,500 men throughout the country.

The president of Colombia, Iván Duque, gave a press conference in the same place of the arrest that, he said, is “only comparable to the fall of Pablo Escobar in the 1990s.”

For Duque, Úsuga’s arrest is “the hardest blow that has been dealt to drug trafficking in this century” in Colombia, accused as he is of sending tons of cocaine to Central America and the United States through Urabá.

For his part, the Colombian Defense Minister, Diego Molano, explained during the same press conference that the Gulf Clan had become, in recent years, the “greatest threat” due to the high level of cocaine it sent to markets in the United States and Europe, the “highest number of tons” in Colombia.

Duque, who has confirmed that US and British intelligence agencies have collaborated in the capture, has assured about the extradition that they will work with the authorities “to achieve this task”, although that will not prevent “the truth from being known about the rest of the crimes ”in Colombia.