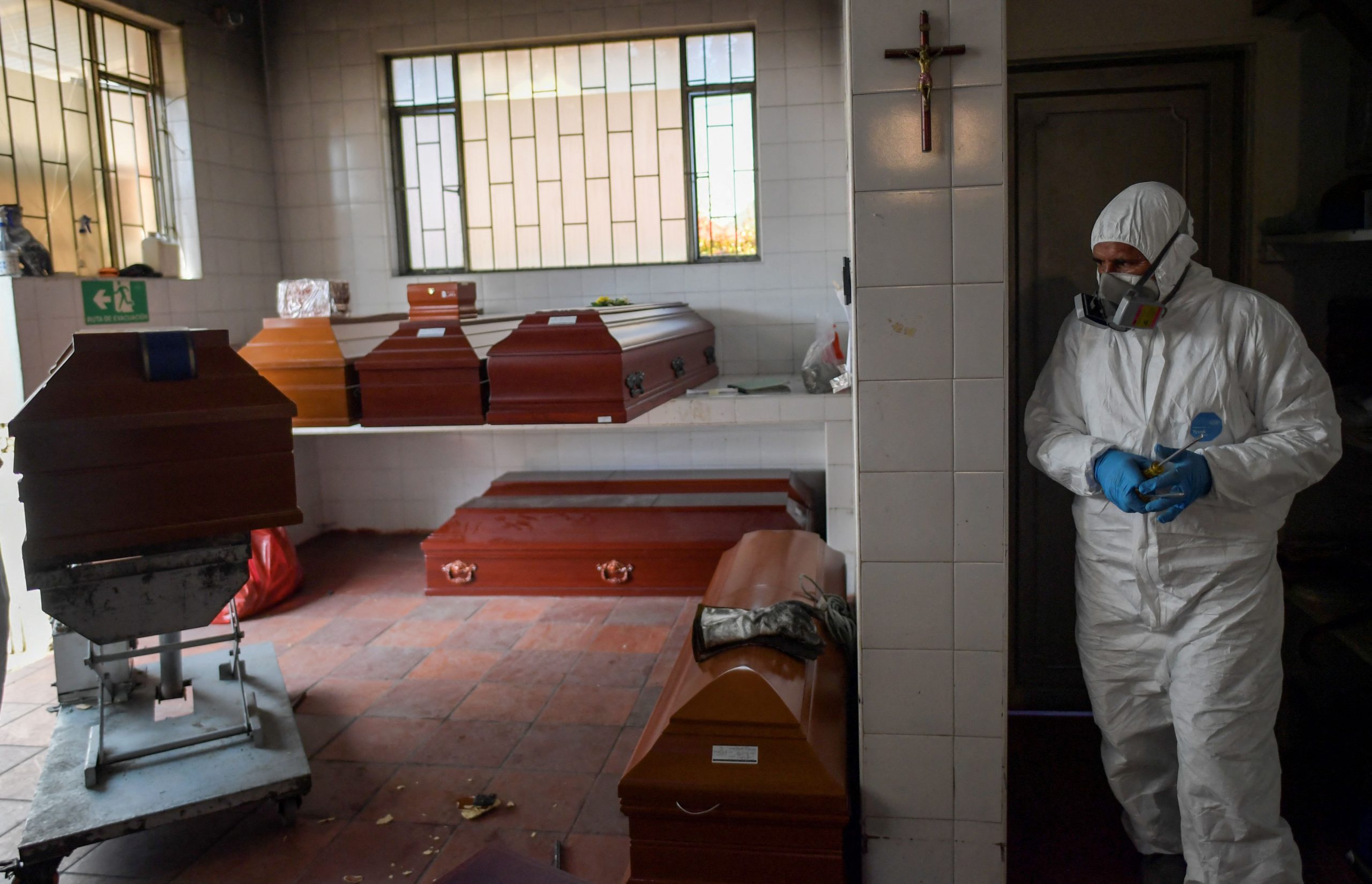 Colombia exceeds 100,000 deaths from covid-19 at its worst moment of the pandemic

While some countries announce the retirement of the masks and prepare to return to a supposed normality, Colombia exceeds 100,000 deaths from covid-19. On Monday afternoon, the Andean country’s Ministry of Health reported 648 deaths, the highest number since the start of the health crisis, and with these data it reaches 100,582 deaths from the disease.

The worst moment of the pandemic is living in the midst of a paradox: while millions of citizens return to their economic activities, the intensive care units are on the brink of collapse and in the crematorium ovens of the main cities there is congestion with lines of bodies to waiting to be cremated. Thousands more wait in long lines to get vaccinated, in a process that, after several months, begins to take off.

Between the death of Jesús Ricardo Irregui, a taxi driver from Cartagena, the first officially killed by covid-19 in Colombia in March 2020, and at this time several waves have occurred, the country has closed and opened its borders, the number of ICU capacity (of 5,346 there are 13,000 today), it went from 200 tests a day to 140,000 daily; and progress with vaccination. As of June 20, Colombia had inoculated 4,781,769 second doses and according to the Government the process will accelerate in the coming days.

The pace of deaths has accelerated in a short time. Colombia reached 50,000 deaths in January 2021, ten months after the first death. But it took him just five months to reach another 50,000 deaths: in recent weeks the daily report speaks of more than 500 people killed by the coronavirus and the short-term prospects are not promising. “The simulations show that in mid-June the curve begins to fall in all countries except Colombia,” he wrote in Public reason the health-care physician and professor at the University of the Andes Luis Jorge Hernández. For Hernández, “the Government terribly managed the pandemic and there is still much to learn.”

The professor is not the only one to warn that the plateau of the third peak would extend until the middle of July. The reason, he said, “is that (Colombia) is the only country in the region with a sociopolitical conflict that produces massive agglomerations, more personal interactions and an increase in the transmission of the virus.” El Institute for Health Metrics and Evaluation de la Universidad de Washington indicates that despite the measures, the projection of daily deaths for the month of July would reach 800.

The Government of Iván Duque has explained that the economic opening in this context occurs, among other reasons, because the pandemic in Colombia has not been homogeneous and there are regions in which there are not many cases. “Now (the objective) is not control or mitigation but to safely open the reunion,” explained Gerson Bermont, director of Promotion and Prevention of the Ministry of Health, during the reopening. According to the official, the key is the vaccination plan. “When we did not have vaccines, the projection was terrible. The first ones spoke of 250 thousand deaths, but due to the measures, that was reduced ”, assured Bermont. With the presence of 60 variants circulating in the country and more and more contacts in the streets, vaccination in Colombia is a race against death.