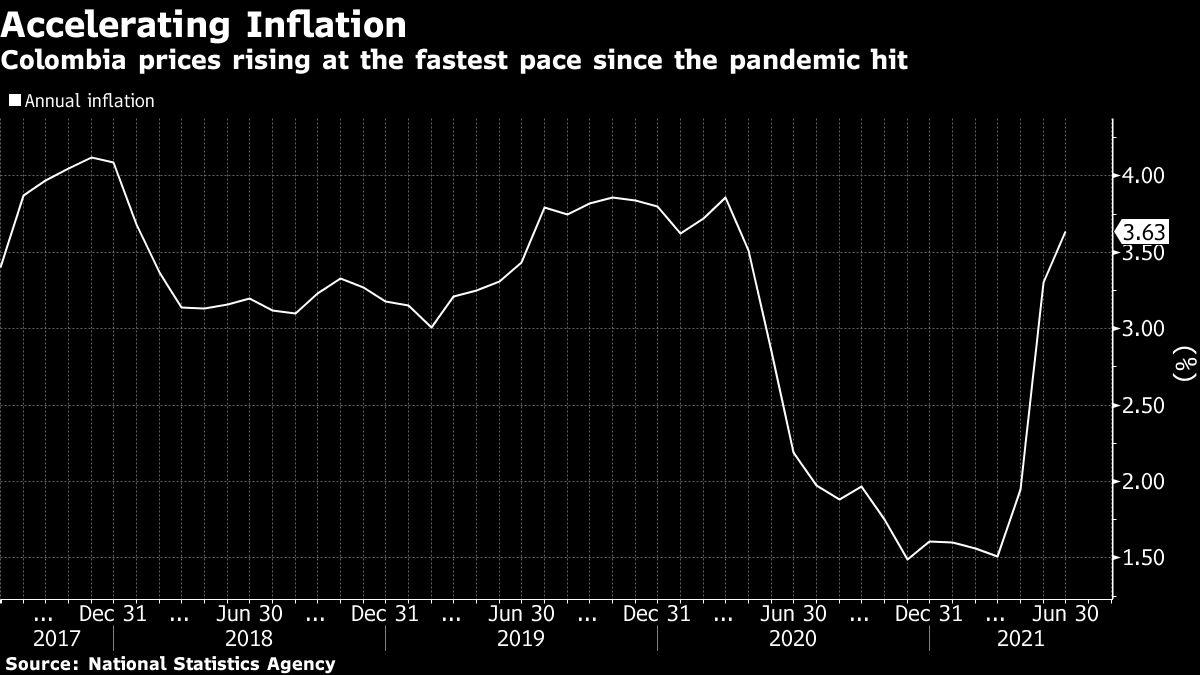 The bank kept its interest rate at a record low of 1.75% on Friday, in line with expectations. Two of the seven board members voted for a one-quarter percentage point increase.

The bank also raised its forecast for economic growth this year to 7.5%, from 6.5%.

“The members of the Board of Directors agreed that the space to maintain the current magnitude of the monetary stimulus would be closing, given the behavior of inflation and its possible persistence, as well as the upward revision of growth forecasts,” said the bank in your statement.

Policymakers in Mexico, Brazil and Chile increased borrowing costs in recent weeks as their economies recovered from the pandemic and inflationary pressures mounted. Central bank co-director Roberto Steiner said this month that he is analyzing core inflation expectations and the output gap, among other indicators, to determine when the time has come to follow regional peers in a less expansionary policy.

After nearly a year below the lower limit of the 2% target range, inflation soared in May after weeks of massive anti-government protests and roadblocks that disrupted supply chains and forced the closure of the main Pacific port. from Colombia. Annual inflation accelerated to 3.63% in June, the fastest pace since the pandemic hit the country in March last year.

The growth of the economy this year will not be enough to return to the pre-pandemic production level. The labor market, in particular, is still far from having recovered. The national unemployment rate stood at 14.4% in June, from less than 10% in the same month of 2019, with 3.5 million Colombians out of work.

In the past month, Fitch Ratings became the second rating agency to downgrade the nation to speculative status in the wake of a failed attempt to raise taxes. Colombian stocks are the worst performer in the world in dollar terms this year.