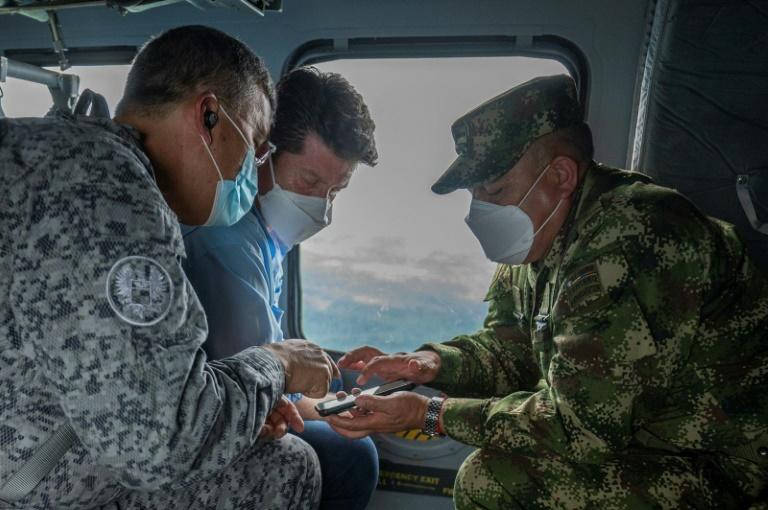 The Colombian government announced this Sunday that it is working on the extradition to the United States of alias “Otoniel”, head of the largest drug gang in the country, captured the day before in a mega-operation in the jungles of the northwest of the country.

“Against ‘Otoniel’ there is an extradition order (to the United States), that extradition order is (…) the one that is still in progress,” said Defense Minister Diego Molano, in an interview with the newspaper El Tiempo.

“That is the way for all those who commit transnational crimes (…) almost 30% of the total tons of coca that were taken from Colombia belonged to the Gulf Clan,” the organization led by “Otoniel,” added Molano. later in a statement to the media.

The 50-year-old capo was arrested on Saturday in a jungle area in northwestern Colombia, in an action in which some 700 soldiers backed by 18 helicopters participated, according to the Army.

The United States, where justice requires it for drug trafficking, offered a reward of 5 million dollars for information on his whereabouts.

“This is the most important blow to drug trafficking of this century, but we are not going to stop here,” said President Iván Duque during a tribute to a policeman who died in the operation against “Otoniel”, whose real name is Dairo Antonio Úsuga.

“We are going for more, we are going for victory against all high-value targets,” the president warned from a military base in the municipality of Carepa (northwest).

The government accuses other armed groups such as the National Liberation Army (ELN), the last recognized guerrilla in the country, and the rebels that departed from the peace pact signed with the FARC in 2016 (known as dissidents) of financing themselves with the revenues. of drug trafficking.