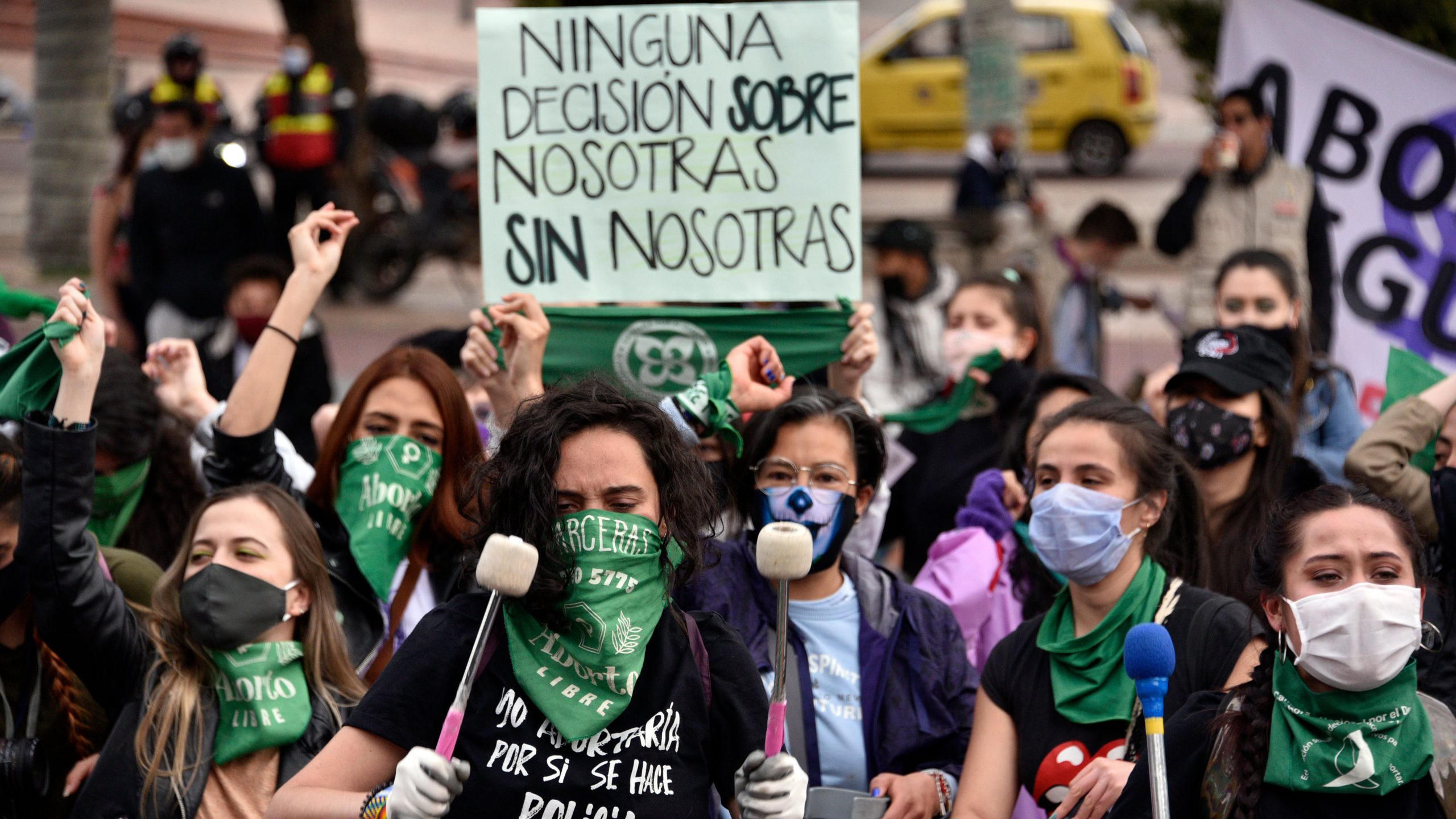 In Colombia, abortion is a right in three causes (malformation of the fetus, risk of life for the mother and sexual abuse) and, nevertheless, more and more women are criminalized and sentenced for accessing the voluntary interruption of pregnancy. Although the number of prosecutions is not constant, since 2008 there have been around 400 a year, 320% more than in 2005. This is stated in the detailed report Criminalization for the crime of abortion in Colombia, made by the Table for the Life and Health of Women and researchers from the University of Los Andes, which gives an account of the dimension of the problem that is now being studied by the Colombian Constitutional Court.

The court studies a lawsuit promoted by the feminist Movement just cause, which seeks to eliminate the crime of abortion from the Colombian Penal Code to prevent women from facing investigations and convictions for terminating their pregnancy. Currently there are penalties of 16 to 54 months. According to Reproductive Rights Center47 countries have decriminalized abortion in recent decades, the last of them Mexico. Colombia awaits the response of the Court in the next two months.

Since free and safe abortion was allowed in the three causes, the idea that no woman in Colombia is condemned for it has been installed in the public debate, the authors of the study say. However, the figures show that since 2006, 346 women have been sanctioned and that these sentences have also increased since that year. With an aggravating factor, “minors are more persecuted and punished than women in the other age groups for this crime,” indicates the document, which warns that a quarter of the cases negatively resolved correspond to minors between 14 and 17 years old.

The Mesa has legally accompanied cases such as that of Carla, a 15-year-old student who experienced a traumatic prosecution process for her and her family in 2018. “The student became pregnant as a result of sexual violence and, in the company of her mother, she reported to the Public Prosecutor’s Office without being informed about the right to Voluntary Termination of Pregnancy. With 25 weeks of gestational age and with the advice of La Mesa por la Vida y la Salud de Mujeres, the adolescent requested before her Health Promotion Entity (EPS) the Voluntary Interruption of Pregnancy (IVE) for the causal sexual violence ”, collects the testimony of the organization. Although they did the procedure, an employee of the clinic reported them to the authorities and members of the judicial police waited for them at the exit of the clinic, intimidated the minor and the mother and accused them of having committed a homicide. After a judicial ordeal and much stigmatization, the case was closed.

The report also shows that judicial persecution is more acute against rural women. Between 2010 and 2017, according to data from the Prosecutor’s Office, 97% of those reported for abortion are from rural areas. In addition, women who decide to have an abortion are more likely to suffer criminal proceedings when they are victims of crimes such as domestic violence or sexual abuse. At least 42% of the women who are prosecuted for having an abortion have been victims of gender violence.

“The Colombian system operates tendentiously to condemn women who decide to abort and, instead, exonerate men who exercise violence against women,” said Ana Cristina González Vélez, co-founder of La Mesa por la Vida, of the Medical Group for the right to decide and pioneer of the Just Cause Movement.

The role of physicians has become key to the barriers women face in accessing abortion. Not only when they avoid attending them or lengthening the times of the procedures, but also when they report them to the authorities, who in some cases capture them in the medical centers themselves. “We found that health personnel very often inform the authorities of the arrival of women with complications in their abortions; they do it even before a doctor evaluates the situation and determines whether the abortion was induced or not, ”says professor Isabel Cristina Jaramillo.

With these practices, the study concludes, not only do they violate professional secrecy, but by obtaining alleged confessions in moments of vulnerability, they make women stay away from hospitals and instead go to clandestine centers where they face abortions unsafe or to death.