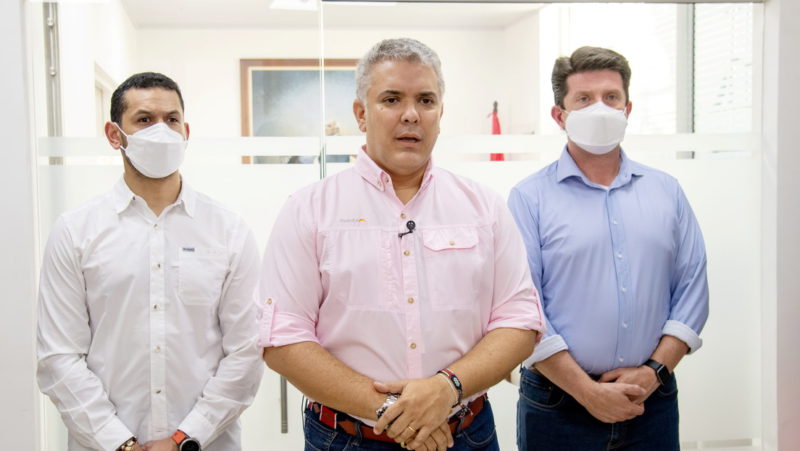 The Government of Colombia has offered a reward of 3,000 million pesos (about 795,000 dollars) for information that leads to the capture of those responsible for attacking the helicopter in which President Iván Duque was traveling when he landed at the airport of Cucuta.

“A reward of up to 3,000 million pesos is offered for that person who provides information that allows finding those responsible for this terrorist attack”, declared this Saturday before the media, Defense Minister Diego Molano, urging the population to join a “determined fight against terrorism”.

For his part, the director of the National Police, Jorge Vargas, specified that the investigations and analysis of the evidence collected in the place from where the shots were fired against the presidential aircraft are progressing.

A video recorded by witnesses shows the precise moment of the attack against the presidential helicopter that took place this Friday, in the department of Norte de Santander.

The helicopter in which Colombian President Iván Duque was traveling was attacked this Friday with several shots when it landed at the Cúcuta airport, the Government denounced. pic.twitter.com/E5sp44rhsK

Yes OK no victims were registered, the assault with rifle bullets left impact marks on the military aircraft, in which they were also moving the Minister of the Interior, Daniel Palacios, the Minister of Defense, Diego Molano, and the Governor of Norte de Santander, Silvano Serrano Guerrero.

After the attack, several governments in the region, Europe and the US repudiated the attack and expressed solidarity with the Colombian authorities.