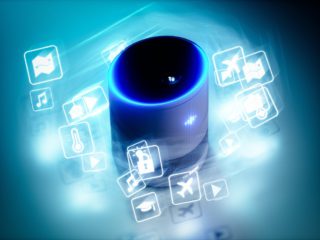 The EU Commission and the cartel watchdogs of the member states are concerned about competition in parts of consumer applications in the Internet of Things. “In the EU, Google Assistant, Amazon’s Alexa and Apple’s Siri are the leading language assistants,” said Competition Commissioner Margrethe Vestager. “In addition, Google, Amazon and Apple provide the most important operating systems for smart home and wearable devices, they offer digital services and they manufacture smart devices.” The role of these big players therefore needs to be further explored.

“In practice, these companies determine how the various devices and services can communicate and interact with one another,” said the Commission Vice-President responsible for digital. “In addition, language assistants learn a lot about their users.” Smart gadgets and services in the Internet of Things (IoT) generated “a huge amount of data about what we do in our homes”. This could reveal some sticking points.

Vestager bases its concerns on those released on Wednesday Preliminary results of the Commission’s sector inquiry into the markets for products and services for consumer IoT. The EU competition watchdogs initially left out the broad field of the industrial Internet of Things. The report confirms their view that the area is not only growing strongly, but that the market is already concentrating.

“We initiated this sector inquiry because we suspected that gatekeepers could emerge in this area,” emphasized Vestager. Such “gatekeepers” could abuse their power “to impair competition to the detriment of businesses and consumers”. Many economic operators in this sector were similarly concerned, as the first results of the analysis showed. “But if we want to fully exploit the enormous potential of the Internet of Things for the daily life of consumers, we need fair competition.”

As part of the investigation, the commission gathered information from over 200 companies of various sizes from Europe, Asia and the USA from the industry covered. You have submitted a total of over 1000 relevant business agreements to the Brussels government institution, which have been incorporated into the report.

The document shows that while the Internet of Things is still a relatively new field for consumers, it is becoming more and more part of the everyday life of a broader community. There is a trend towards the increasing availability and spread of voice assistants as user interfaces through which users can interact with various intelligent devices and IoT services.

A majority of the participants identified the costs of technology investments and the competitive situation as the greatest obstacles to entering or expanding in this area. Many respondents complained that it was difficult to compete with vertically integrated international corporations like Google, Amazon or Apple that have built their own ecosystems inside and outside the Internet of Things. As these players provided the most popular operating systems for smart and mobile devices as well as the leading voice assistants, they determined how other devices and services could be integrated into an IoT network.

For example, participants referred to certain exclusivity and pairing practices related to voice assistants. This means that it is often not possible to install different such automated aids on the same device. The associated data processing enables the providers to play a key role as intermediaries and to control user relationships. This sometimes creates difficulties with the findability and visibility of your own IoT services. In addition, this would also make it easier for the big players to expand their central position to neighboring markets.

Respondents also criticized the prevalence of proprietary technologies, which sometimes led to “de facto standards”. The lack of binding standards leads to technological fragmentation and poor interoperability. Certain providers have unilateral control over integration processes so that they can restrict the functions of third-party services and put them at a disadvantage compared to their own. The Commission wants to put a stop to such practices with the planned Digital Markets Act (DMA).

The executive body is now asking in the context of a public consultation for comments on the results by September 1st. She plans to publish the final report in the first half of 2022. The recommendations contained therein are intended to serve as a basis for further work on the DMA or for antitrust steps “on the basis of a case-by-case examination”.