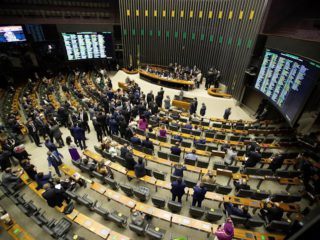 Brasilia, Sep 13 (EFE) .- The president of the Brazilian Senate, Rodrigo Pacheco, rejected this Tuesday as unconstitutional the decree signed a week ago by President Jair Bolsonaro by which he prohibited the “arbitrary removal” of content from social networks. which made it difficult to combat “fake news”.

The measure was also suspended almost simultaneously by the magistrate of the Supreme Court of Justice, Rosa Weber, in response to a request from the attorney general of the Nation made the day before.

The return of the executive decree to the Planalto presidential palace was announced by the Senate’s top leader during the plenary session on Tuesday, in which he assured that “the mere processing of the measure (…) is already a factor that threatens the performance of the constitutional mission of the National Congress “.

The decree, which had 60 days to be analyzed in Congress, was rejected by the upper house just a week after it was sanctioned by the far-right leader to guarantee “freedom of expression on social networks.”

With the decision, the measure lost the immediate validity granted by its publication in the Official Gazette and which, in this case, only lasted eight days.

The executive decree sought to end “arbitrary” removals of content and profiles from social networks, events that have been the object of even Bolsonaro himself, who has already had publications withdrawn from the internet for containing falsehoods.

The decree intended that the withdrawal of content from social networks would only be given under “just cause” and that affected users could exercise a “broad defense” before any decision was taken.

According to the Government, the removal of content decided only by social networks harms “the public debate of ideas and the exercise of citizenship”, thus constituting “a mass violation of fundamental rights and guarantees.”

In the document addressed to Bolsonaro, the president of the Senate pointed out that the decree promotes “unexpected changes” in the regulatory framework of the internet in Brazil that give way to “considerable legal insecurity”, a premise that had already been warned by the attorney general. General of the Nation, Augusto Aras, who asked the Supreme Court to suspend the measure on Monday.