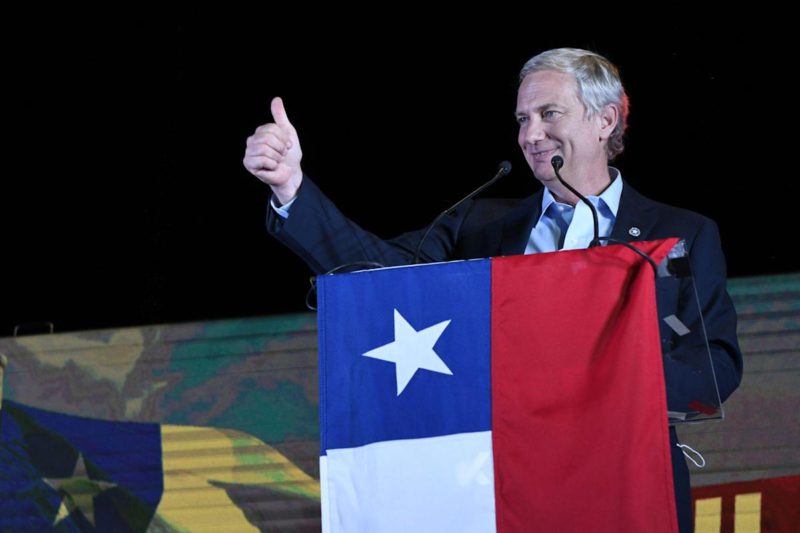 (Bloomberg) – Chile’s conservative presidential candidate, José Antonio Kast, criticized above all for his stance on women’s and environmental issues, is changing his tone to attract the moderate electorate ahead of the second round on 19 December.

Kast pledged to step up the fight against global warming, highlighting a decade-long drought as one of the main challenges facing the government, and demanded that women’s rights be upheld in all walks of life. .

It was a markedly different style from their original manifesto, which had opened the door to more coal-fired power plants and raised the possibility of changing the name from the Ministry of Women to the Ministry of the Family. Kast is a member of the Schoenstatt Catholic movement and opposes homosexual marriage and abortion for any reason, even in the case of rape.

Kast also moderated his tax proposals. While he still supports lowering the corporate tax rate, it would now be more gradual, bringing the rate to the OECD average of 25% in the first place. He had previously said that he wanted the rate to drop from 27% to 17%. There is also a proposal to use the value added tax to finance pension savings.

Regarding the key points of his program, “the first is to restore peace and order. The second, to recover the economy, “said Kast. The other three main issues are “life with dignity”, climate change and women, he said, without giving much detail.

However, although he changed his manifesto, Kast also defended the first version: “Many criticized our government program for the first round, but it collected the essence of what we saw as social emergencies, which explains the support we had in the first round.”

Kast reiterated his attack on the Communist Party, which has an alliance with rival candidate Gabriel Boric, who is currently leading the polls. The deputy and former student leader is also moderating his proposals for the elections, incorporating new economic advisers and calling for dialogue.

“It is very difficult for a party like the PC [Partido Comunista] stand up for democracy, ”Kast said.