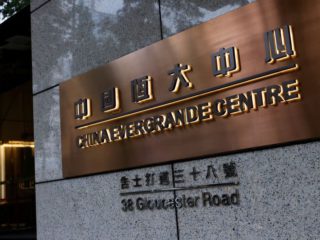 HONG KONG, Sep 14 (Reuters) – China Evergrande Group again warned of the risk of a default on payments, as it has already delayed disbursements for trust and wealth management guarantees.

The real estate giant has been struggling to get the funds it needs to pay lenders and suppliers, and regulators and financial markets are concerned that any crisis could spill over into China’s banking system and trigger broader social unrest.

Founded in 1996 by President Hui Ka Yan in the southern city of Guangzhou, Evergrande accelerated its growth in the past decade to become China’s second-largest real estate developer, with $ 110 billion in sales last year.

The company went public in Hong Kong in 2009, giving it more access to the capital and debt markets to increase the size of its assets to $ 355 billion today. It has more than 1,300 real estate developments throughout the country, many of them in second-rate cities.

HOW DID THE DEBT CONCERN ARISE?

Investors became concerned after a letter leaked in September last year showing Evergrande had requested government support to approve an IPO plan that was scrapped, warning that it was facing a liquidity crisis.