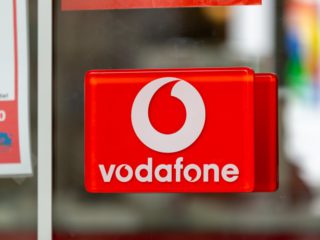 The telecommunications group Vodafone has filed criminal charges against sales partners who are said to have defrauded customers and the company. A Vodafone spokesman said on Wednesday that it is essentially about concluding contracts and booking offers without the consent of the customers.

In addition, Vodafone has indications that data protection regulations have been violated by sales partners. The Federal Commissioner for Data Protection and potentially affected customers were informed about this. In the completed cases, Vodafone immediately reported criminal charges against those involved and issued extraordinary dismissals to partner agencies.

Vodafone was damaged, among other things, by misuse of commissions and discounts, the spokesman said. According to the company, it had become aware of the cases through information from outside. “We examined around 20 topics in total.” Other cases would be investigated. Should further facts become more concrete, Vodafone will also file criminal charges here.

In response to some indications, Vodafone took the first immediate measures. Various commission measures have been revised and control systems tightened. Vodafone works with independent sales partners to sell its products.

Only a few months ago, the Federal Association of Consumer Organizations reported an above-average number of complaints to Vodafone. For all telecommunications complaints in 2020, more than every third complaint concerns Vodafone. There were mainly complaints about sales.